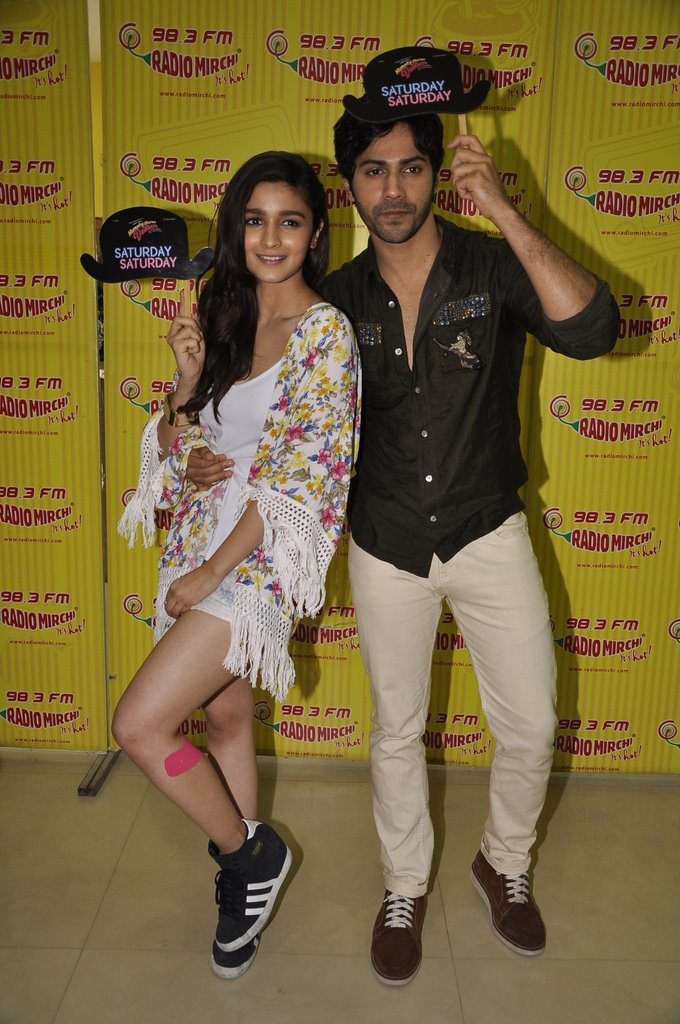 All excited about the event, the “Student Of The Year” star said, “On June 20 night, we have planned a very big thing with MTV. I am throwing a bachelor party. So I will be there and I will dance with everyone.”

The actor was present with his co-star – Alia Bhatt – who arrived along with Varun for the promotions. Alia recently met with an accident while rehearsing for a song in the film, the lissome beauty managed to get a calf ligament tear and has been advised by the doctors to use crutches for a few days. Well, the crutches sure didn’t seem to dampen the young girl’s spirits, she was still all smiles for the cameras.

Alia managed to look her stylish self even with crutches.