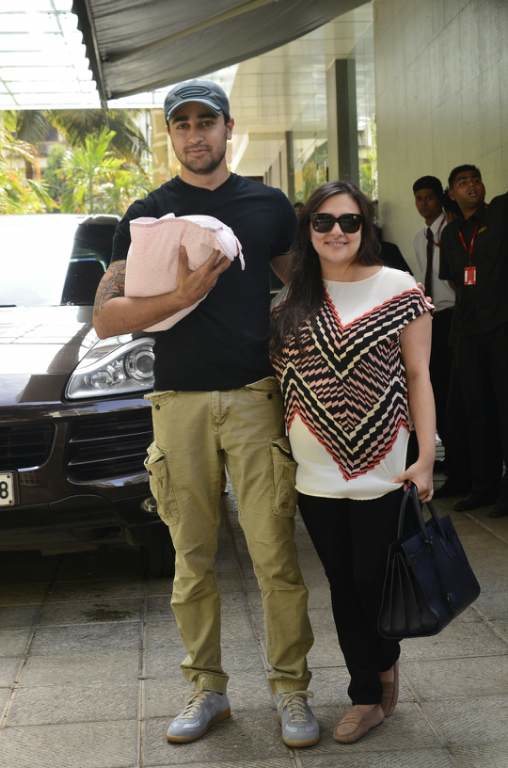 Imara is the name of Imran and Avantika’s new born baby girl.

Bollywood actor Imran Khan and wife Avantika Malik were blessed with a healthy baby girl on June 9, 2014. The couple has decided to call their little bundle of joy  – ‘Imara’.

The proud father  said that it was his wife Avantika who came up with the baby name and that she was doing all the work from the beginning.

The ‘Delhi Belly’ actor expressed that initially, he was a little hesitant about the name as it sounded more like Imran and seemed egocentric!

The actor had taken a break from shooting to be with his wife Avantika during her last months of pregnancy.

In 2011, Imran got married to Avantika after dating her for ten years. The couple in December 2013, announced that they were expecting their first child.

A few months back, Imran in an interview had said that he is suddenly doing a lot of online research about child care, best cribs, best baby car seats and much more. The actor also expressed that he is thinking about things he never used to think about earlier.

Well, fatherhood has clearly seemed to have sinked in for the green-eyed hunk. Here’s wishing him all the luck with the new addition in his family!