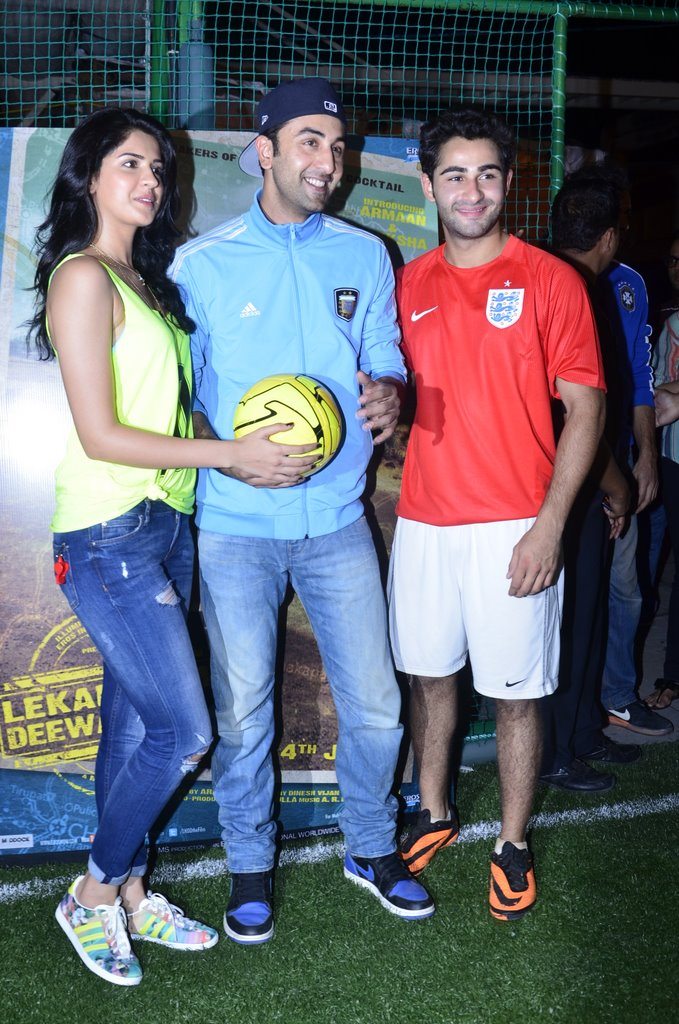 Upcoming Bollywood movie ‘Lekar Hum Deewana Dil’ starring the new youngest Kapoor scion literally kicked off its round of promotions with a football match. Kapoor cousins Ranbir Kapoor and Armaan Jain got in to a friendly football match on the field.

Lekar Hum Deewana Dil had its music launch recently where the whole Kapoor khandaan got together to support Armaan. Actress Deeksha Soni plays the lead opposite Armaan in the film.

The two cousins seemed to have a gala time at the match and it was indeed a friendly one, Ranbir playfully picked up Armaan and in return got a brotherly kiss from him! Truly adorable!

Ranbir and Armaan are said to be rock solid cousins and our sources also say that the it is Ranbir who helped Armaan bag his debut role with Lekar Hum Deewana Dil.

The film will be director Arif Ali’s – brother of Imtiaz Ali – debut film.

The film is slated for release on July 4, 2014, it will clash with the Vidya Balan starrer Bobby Jasoos.