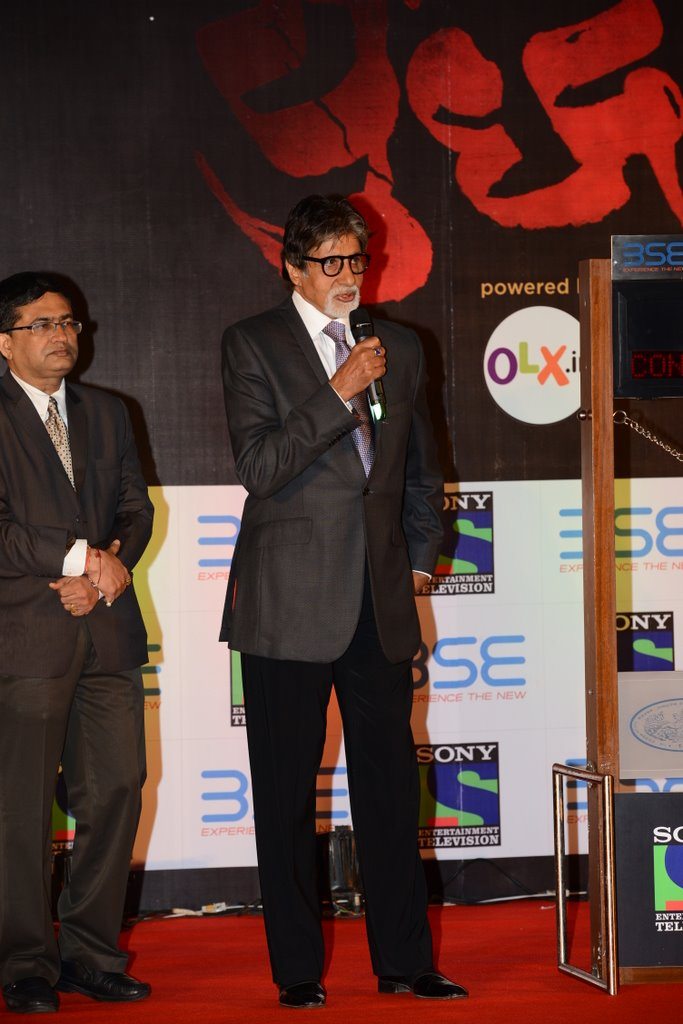 Amitabh Bachchan heads to Dalal street for the promotion of Yudh.

The makers of the upcoming TV show ‘Yudh’ came up with an innovative strategy to promote their new venture. Lead actor Amitabh Bachchan rang the opening bell at the Bombay Stock exchange on June 17, 2014.

The 71-year old veteran actor will be seen playing the role of Yudhistir Sikarwar  – a real estate tycoon –  in his debut fiction TV show.

Amitabh also held the horns of the famous bull outside the BSE. As a part of the promotional gig, Big B also registered his fictional company – Shanti Constructions – at  the BSE for a day. The superstar as usual posted about this on Twitter.

‘Yudh’ has directors Ribhu Dasgupta and Anurag Kashyap at the helm of affairs. ‘Madras Cafe’ director Shoojit Sircar is the creative consultant for the show. Starring Sarika, Kay Kay Menon, Nawazuddin Siddique and Tigmanshu Dhulia, the show’s first look was revealed in May, 2014 and will be aired on Sony TV.

The world of showbiz has recently taken to out-of-the-box promotional strategies, from Tiger Shroff performing live action stunts to Vidya Balan promoting Bobby Jasoos with real life detectives; everyone seems eager to break away from the usual promotional monotony.

Amitabh for the event arrived in a suit.