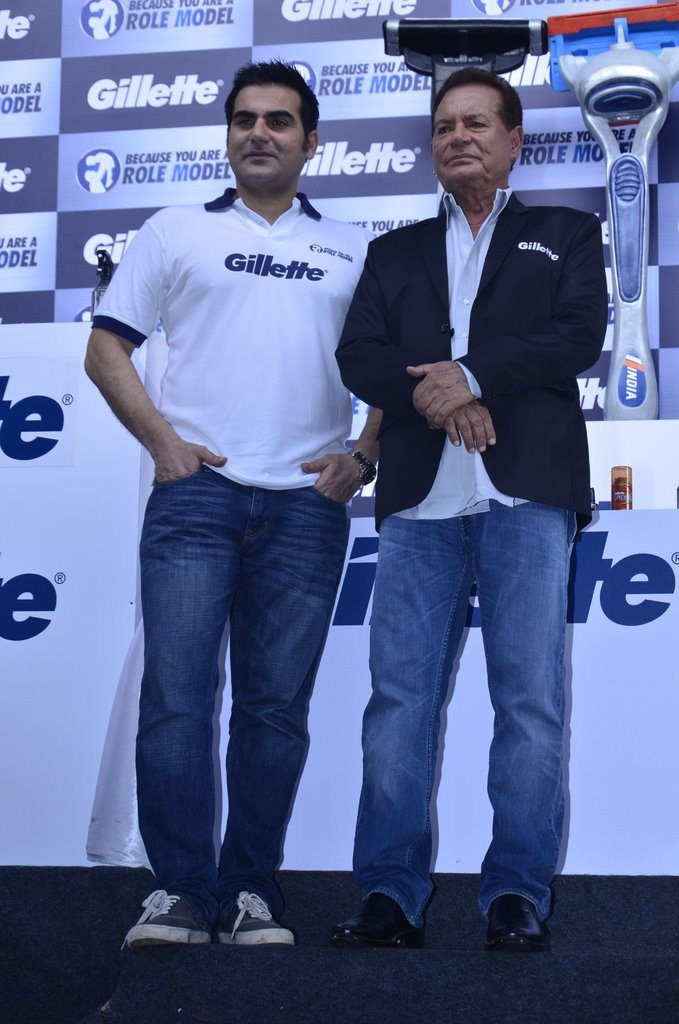 Bollywood’s men are serious about their clean shave!

Bollywood actor and producer Arbaaz Khan attended a promotional event organized by Gillette at the Andheri Sports Complex in Mumbai on June 17, 2014. The event was also attended by father Salim Khan.

Salim and Arbaaz were seen having a great time as they posed for the shutterbugs. The celebrities also demonstrated a shave during the promotional event. Arbaaz and Salim were truly in a Gillette mood as they both sported the brand’s t-shirt paired with blue jeans.