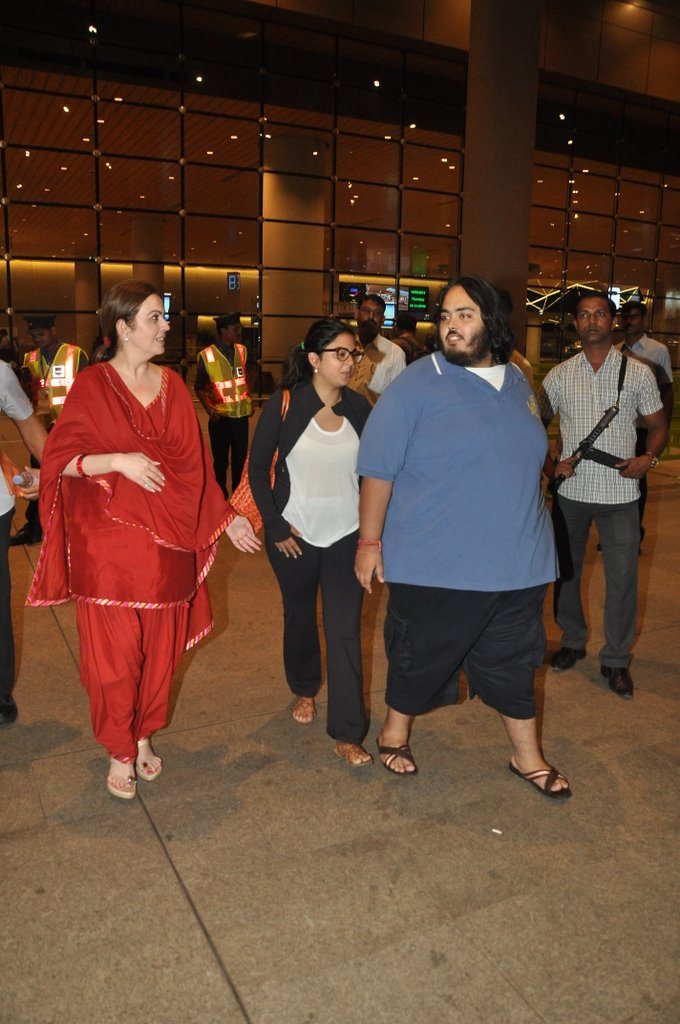 Indian business woman and co-owner of the IPL team Mumbai Indians, was snapped at the International Airport in Mumbai on June 19, 2014. The founder of the Dhirubhai Ambani International School was at the airport to receive her daughter Isha Ambani.

Also snapped at the airport was Ambani’s son Anant Ambani. The social activist was seen in a red salwar kameez outfit at the airport. Apart from being the co-owner of the IPL team, Neeta is also actively involved in the Project Drishti which is a social initiative taken up by Reliance Industries and the National Association for Blind.

Ambani has also been associated with the Dhirubhai Ambani International School since it was established in 2003.