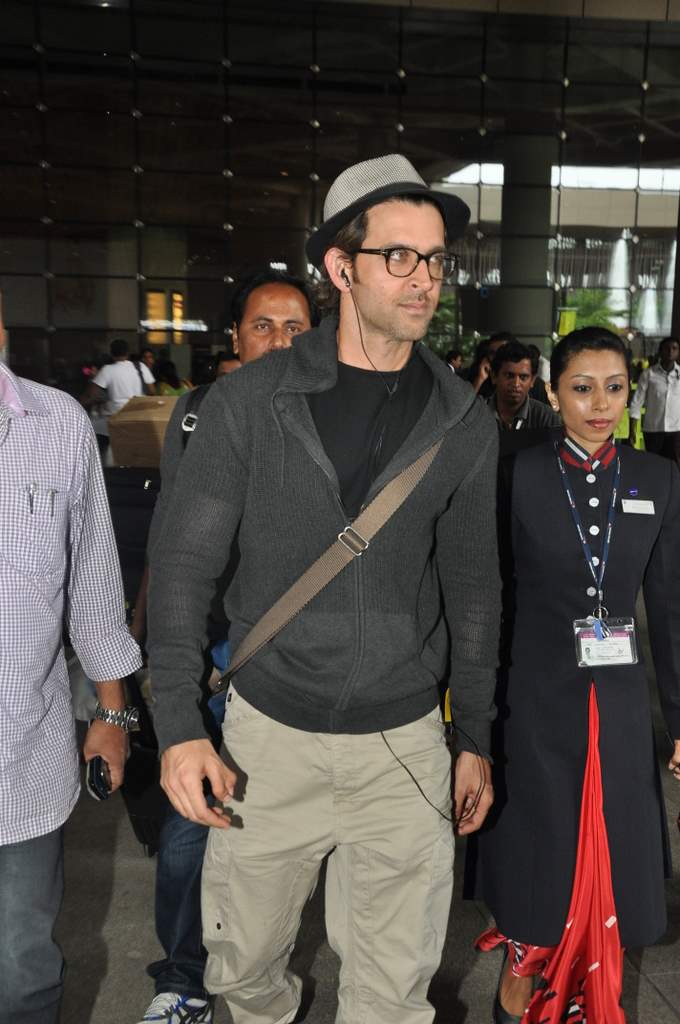 Bollywood’s ultimate hero Hrithik Roshan was at the Mumbai International airport as he returned from London on June 21, 2014.

Roshan sported a refreshed look with a hat and geeky glasses.

The actor is all set for his upcoming movie ‘Bang Bang’ opposite Katrina Kaif. The film is directed by Siddharth Raj Anand and produced by Fox Star Studios.

Reports suggest that ‘Bang Bang’ is the remake of the Tom Cruise and Cameron Diaz starrer – ‘Knight and Day’.

‘Bang Bang’ will be the first Bollywood movie to be produced in Abu Dhabi.