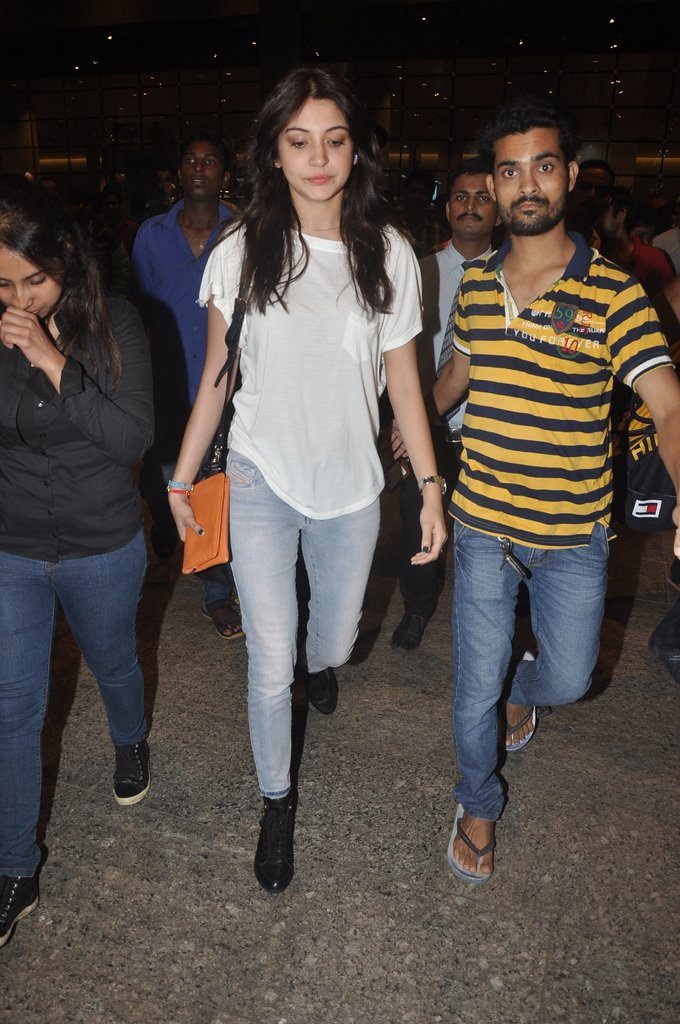 Bollywood actors Anushka Sharma and Rahul Bose were at Mumbai airport on June 21, 2014.

Anushka was returning from Barcelona where she has been busy shooting for Zoya Akhtar’s – Dil Dhadakne Do. The movie also stars Priyanka Chopra, Ranveer Singh and Anil Kapoor. Rahul Bose plays the role of Priyanka’s husband in the movie.

The movie is produced by Riteish Sidhwani and Farhan Akhtar’s Excel Entertainment. The story of the movie revolves around a dysfunctional Punjabi family on a cruise trip.