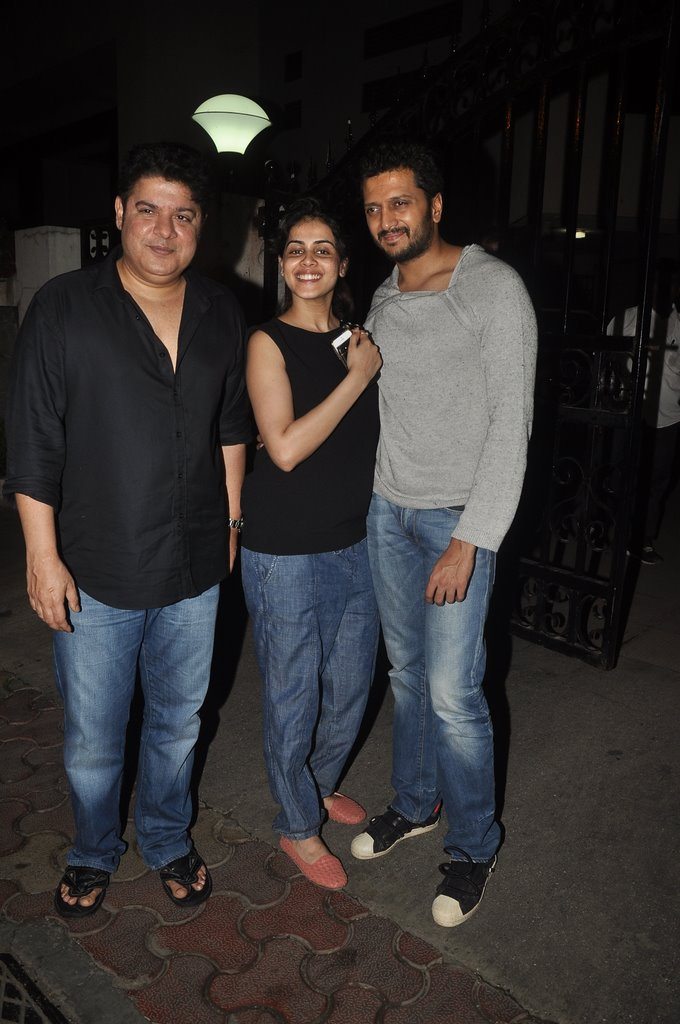 Bollywood’s newest parents-to-be Riteish Deshmukh and Genelia D’souza were seen at the ‘Humshakals’ party hosted by co-star Tamannaah Bhatia at her residence. Director Sajid Khan and Esha Gupta were also seen in attendance.

The stars of the film sure have a reason to celebrate, ‘Humshakals’ released across the country on June 20, 2014 and has already grossed around Rs.40 Cr within four days of its opening.

Although critics haven’t warmed up to the film, Humshakals’ box office success is reason enough for celebration.