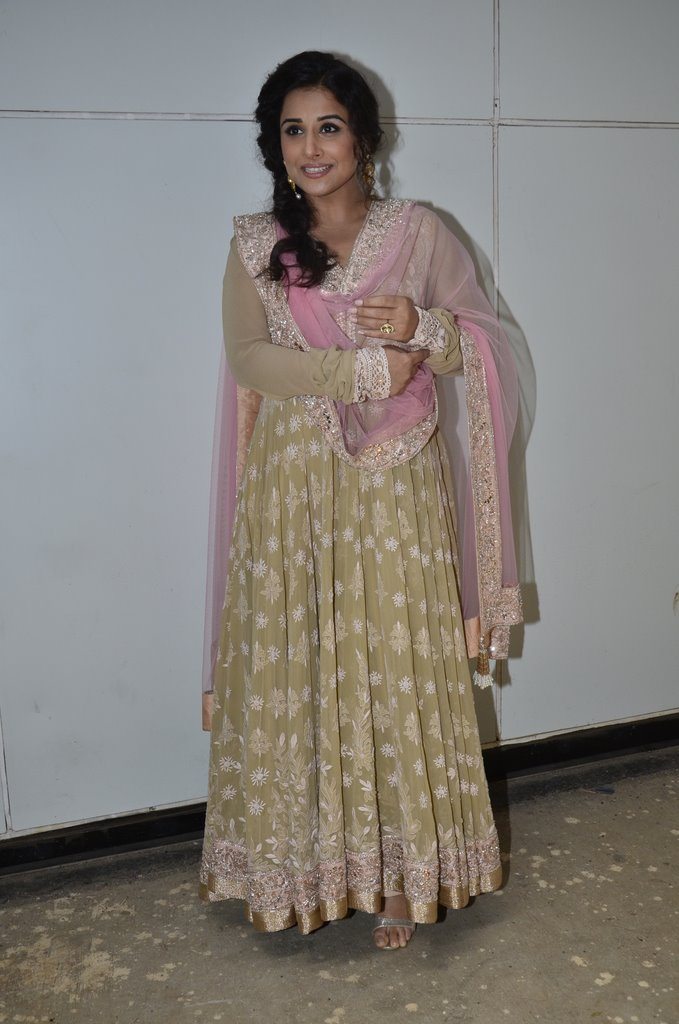 Bollywood actress Vidya Balan attended the Life OK Now Awards which were held in Mumbai on June 22, 2014. The ‘Dirty Picture’ actress was there to promote her upcoming movie ‘Bobby Jasoos’.

While interacting with the media, Vidya said, “Everyone waits for a year for the award functions and all of them happen one after the other.”

The actress also talked about her co-star – in ‘Bobby Jasoos’ – Ali Fazal and said that he is a fun actor to work with and that his comic timing is really good.

Vidya looked her quintessential Indian self with a pastel-colored floor length anarkali and nude-shade makeup.