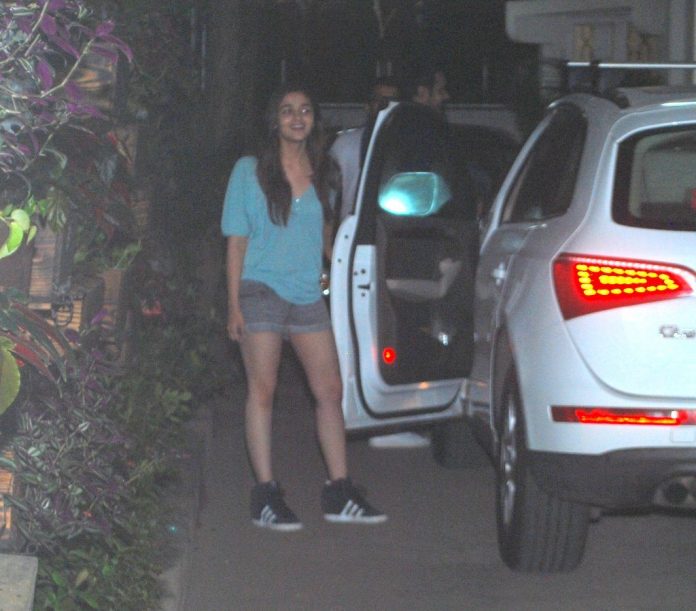 Bollywood’s girl next door – Alia Bhatt – was snapped coming out of a recording studio along with singers with Sharib and Toshi on June 22, 2014.

Sharib and Toshi have composed the music for Alia’s upcoming movie ‘Humpty Shaarma Ki Dulhaniya’. The movie has Alia Bhatt and Varun Dhawan as the lead pair. ‘Humpty Sharma…’ is produced by Karan Johar and directed by debutant Shashank Khaitan.

The movie also has Siddharth Shukla and Ashutosh Rana in supporting roles and is all set to hit the theaters on July 11, 2014.