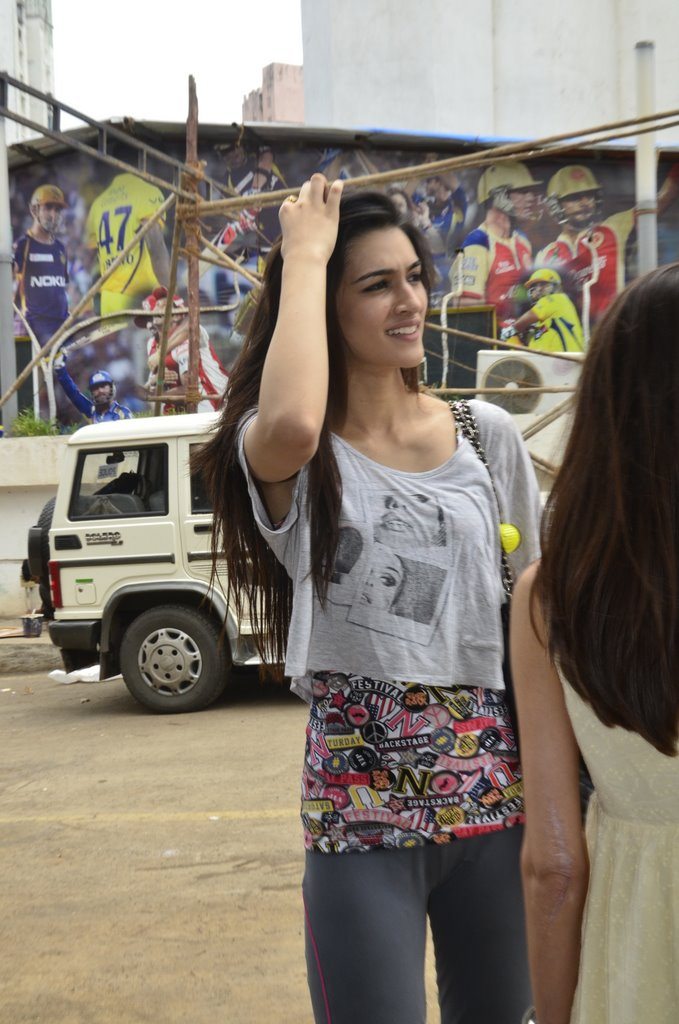 Kriti Sanon all set to entertain audiences with her performance at the annual Life OK Awards.

Bollywood newbie Kriti Sanon was snapped at Filmcity in Mumbai on June 22, 2014. The ‘Heropanti’ actress was preparing for her performance at the Life OK Awards which took place at the same venue later during the day.

Sanon made her debut in Bollywood with ‘Heropanti’ opposite actor Tiger Shroff, the movie released last month and garnered much praise. Kriti’s father recently threw a bash to celebrate the success of the movie. The actress started off in films with a Telugu movie called ‘Nenokkaidine’ in which she played the role of Sameera.

Kriti has signed another Telugu flick opposite Naga Chaitanya which is directed by Sudheer Verma. The movie is currently in its pre-production stages.