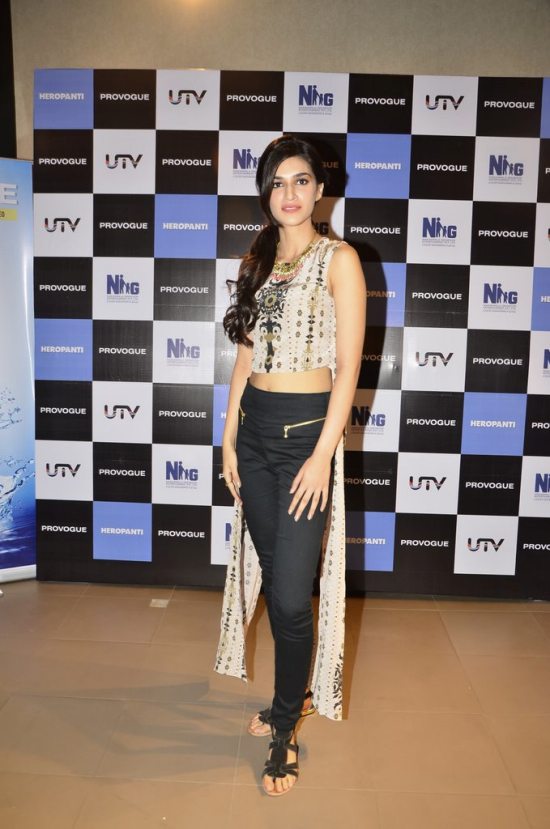 Bollywood’s ultimate Khiladi – Akshay Kumar is all set for his upcoming movie ‘Singh Is Bling’. This time Akshay will have a new lady in his arms – Kriti Sanon – playing his love interest. ‘Heropanti’ actress Kriti Sanon has reportedly given her nod for the upcoming project.

Sanon made her debut opposite Tiger Shroff – son of veteran actor Jackie Shroff – in ‘Heropanti’. Kriti and Tiger have both received much appraise for their work in the film.

Meanwhile, the makers had earlier considered the likes of Sonakshi Sinha, Kareena Kapoor and Priyanka Chopra to play the leading lady in ‘Singh Is Bling’.

However, Sanon caught the eyes of the makers with her performance in Heropanti. Sources from the production unit revealed that Kriti will be playing the role of a dancer in the film and the makers thought that Kriti fitted the frame perfectly. Sanon’s flexible body and tall physique flaunted in ‘Heropanti’ gave the makers of ‘Sing is Bling’ a fair idea of Kriti’s potential.

Reports also say that it was Akshay who recommended Kriti’s name for ‘Singh Is Bling’. The ‘Khiladi’ star was reportedly impressed with Kriti’s performance in ‘Heropanti’. ‘Singh Is Bling’ will be directed by choreographer turned director Prabhu Deva and produced by Ashvin Yardi. It is expected to be released in July 2015.

Kriti sure seems to have struck some beginners luck having bagged a potential blockbuster film so early in her career.