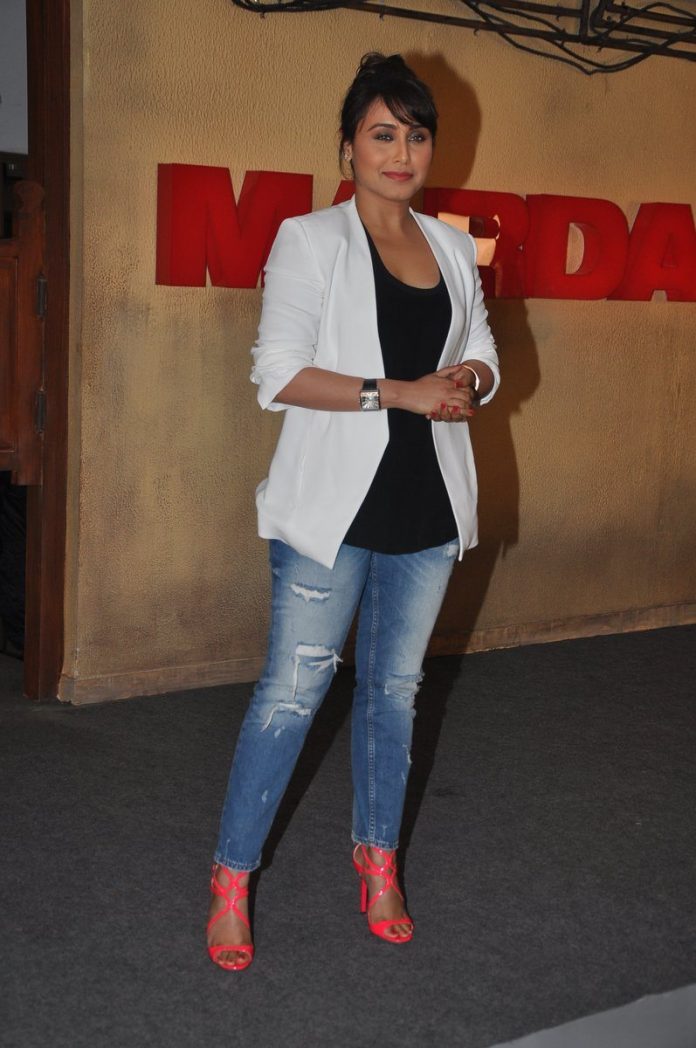 Bollywood actress Rani Mukerji launched the official trailer video of her upcoming movie ‘Mardaani’ at YRF Studios in Mumbai on June 24, 2014. Rani interacted with the media at the launch event and talked about her experience while researching about her role as a cop.

Rani said ,“When I did research and met many women inspectors, I took inspiration from them…There are female officers not only good as male officers, sometimes even better. We have to change the perspective of how people look at a women police officer. This film is one step towards that change.”

Mardaani is directed by Pradeep Sarkar and produced by Aditya Chopra – Mukherji’s husband. The film’s trailer has created quite a buzz amongst fans and critics alike, the ‘Black’ actress will be seen playing the role of a tough female cop in Mardaani; the trailer of the film reveals a completely heroine-centric plot, dominated by Rani alone.