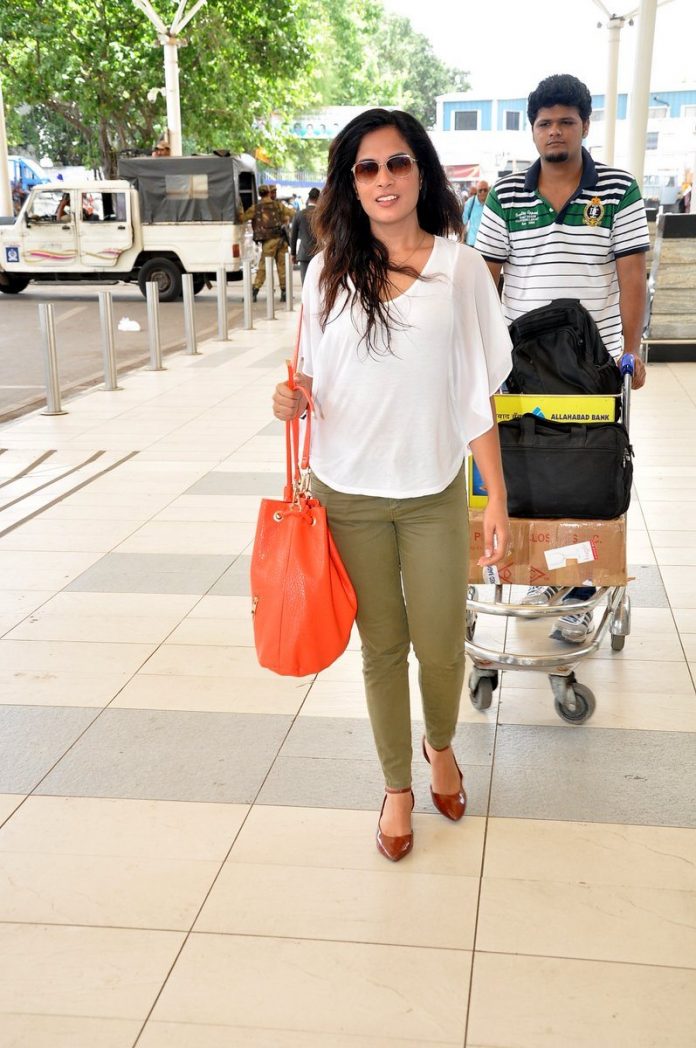 Bollywood actress Richa Chadda was snapped at the Mumbai Airport on June 24, 2014.

Chadda had begun her career as a model and then moved to theatre. Following which, she made her Bollywood debut with the movie ‘Oye Lucky! Lucky Oye!’ in 2008. She is best remembered for her performance in ‘Gangs Of Wasseypur’ – Part 1 and Part 2 for which she also won the Filmfare Critics Award for Best Actress.

At present the actress is working on upcoming movies like ‘Ishqeria’ and ‘Jiah Aur Jiah’ which are under its production stages.