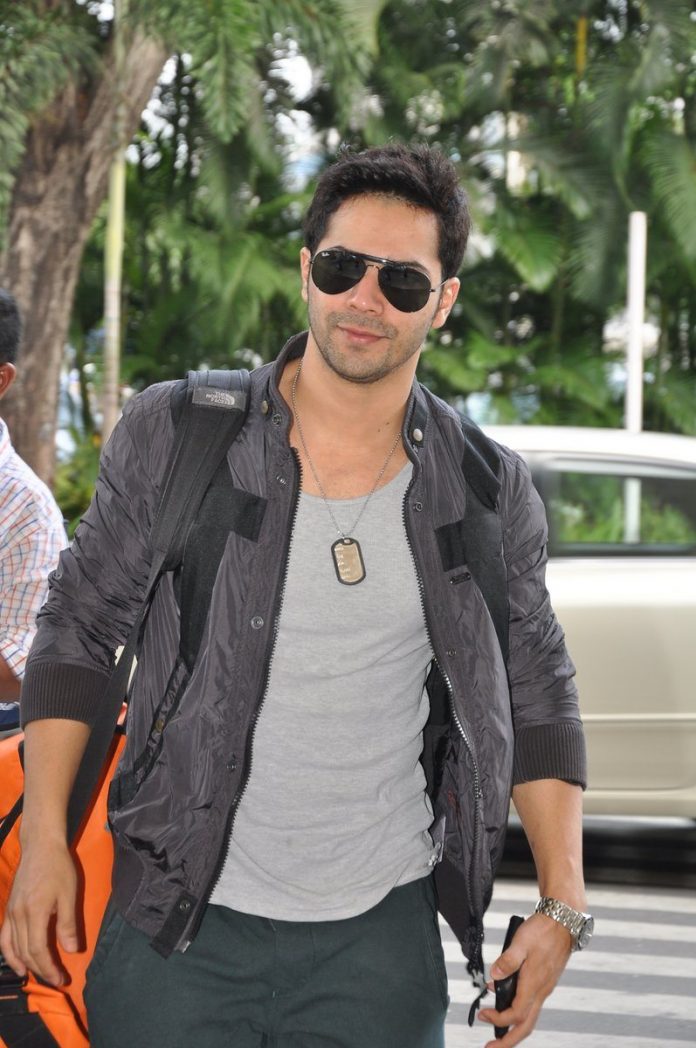 Bollywood’s cutest on screen couple Alia Bhatt and Varun Dhawan were on their way to Indore city for the promotions of their upcoming movie ‘Humpty Sharma Ki Dulhaniya’.

Alia looked pretty sexy as she flaunted her toned legs in a pair of  hot-shorts and a khaki shirt while Varun sported his casual summer best.

The upcoming movie starring Alia and Varun is said to be a quintessential Bollywood love story between Humpty Sharma (Varun Dhawan) and Kavya Pratap (Alia Bhatt).

The movie is directed by Shashank Khaitan and is produced by Karan Johar under his production banner Dharma Productions.