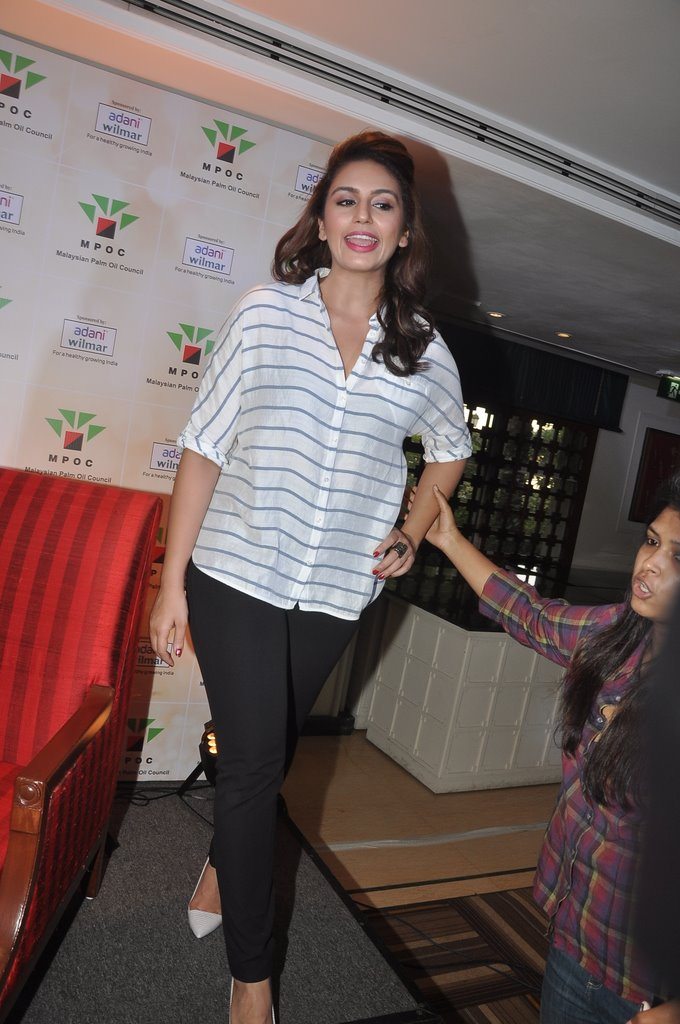 Huma Qureshi and Irfan Pathan reveal their foodie side.

Huma donned a cool and casual look in a loose stripped shirt paired with black bottoms. Irfan too looked his causal best in a neatly tucked-in white shirt and a beige trouser.

Qureshi was last seen in the movie ‘Dedh Ishqiya’ – playing the role of Muniya – opposite Madhuri Dixit, Arshad Warsi and Naseeruddin Shah.

At present, the actress is working in a Marathi movie titled ‘Highway’ alongside an experimental flick called ‘X’, followed by another movie ‘Badlapur’.