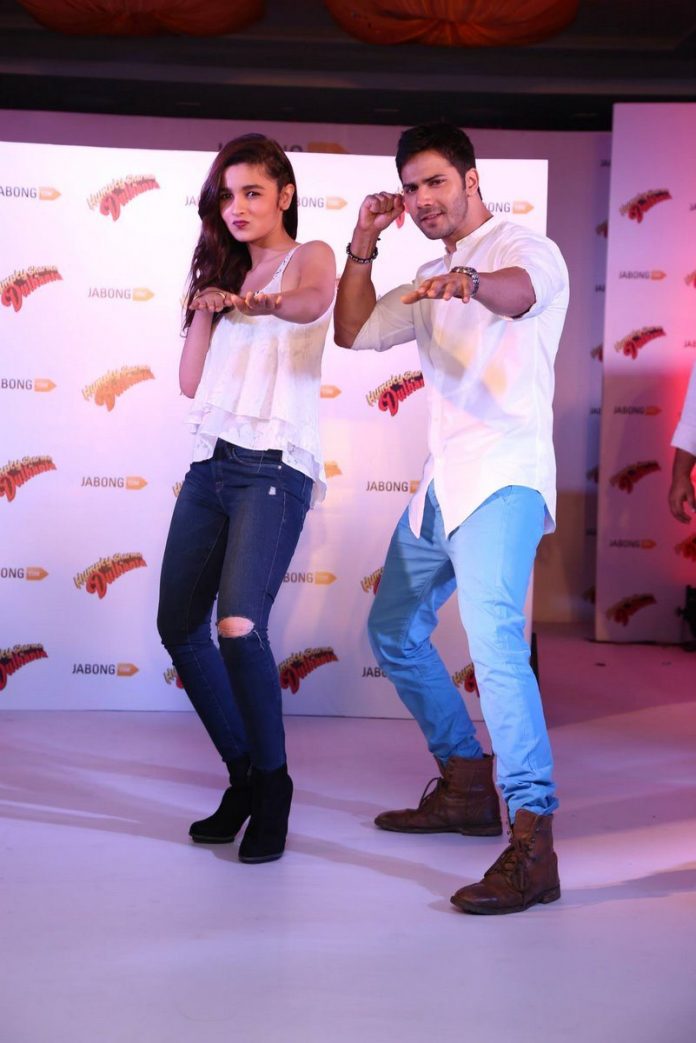 Bollywood’s hot-favorite couple Alia Bhatt and Varun Dhawan unveiled an exclusive collection of the Indian online retail giant – Jabong.com. The reason the hot-duo was at the unveiling ceremony, was because the collection is inspired from their upcoming movie ‘Humpty Sharma Ki Dulhaniya’. The launch event took place in the capital city of Delhi on June 27, 2014.

Both Alia and Varun sported a cool and casual look dressed in shades of white. The entire cast and crew of HSKD is busy promoting the film which is all set for release on July 11, 2014.

The movie is directed by debutant Shashank Khaitan and is produced by Karan Johar.