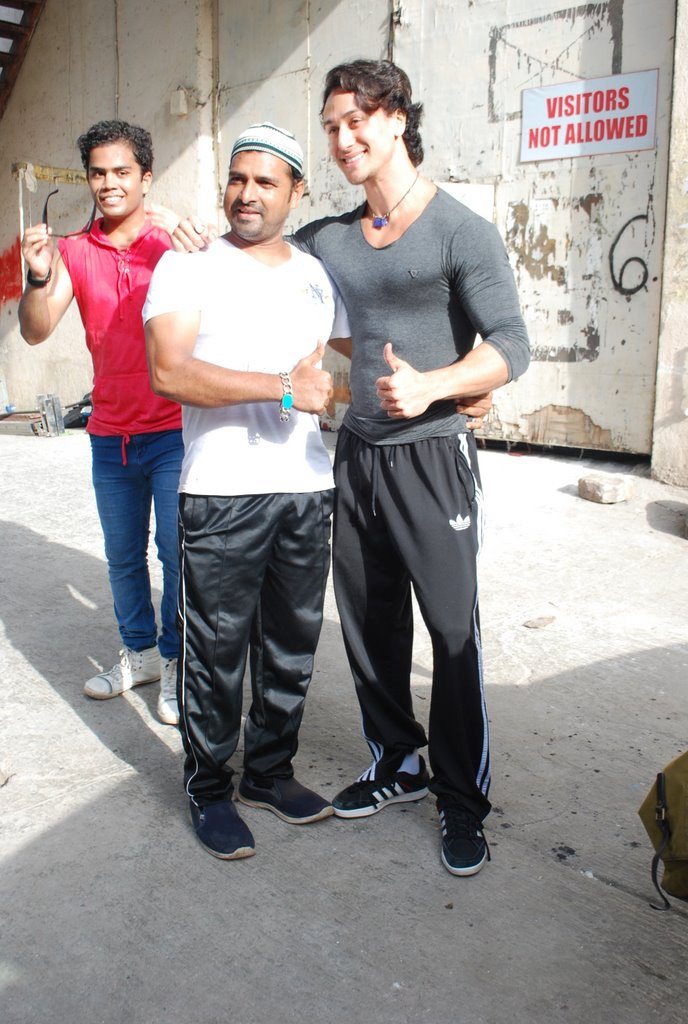 Bollywood’s new kid on the block Tiger Shroff who made his Bollywood debut with the movie ‘Heropanti’, was seen at Filmistan on June 27, 2014 while he obliged for photographs with fans. The actor has received rave reviews for his performance – opposite fellow debutant Kriti Sanon – in the movie.

Tiger was lucky enough to have gotten a chance to showcase in his debut movie – his skills as a gymnast, dancer and a fighter. In 2010, it was reported that Tiger would make his debut in Subhash Ghai’s ‘Hero’ – which would have been the remake of a Jackie Shroff movie. However, Tiger had reportedly rejected the offer and opted to make his debut with ‘Heropanti’ instead.

Filmmakers across the industry have appreciated Tiger’s skills as an actor and a flawless dancer.