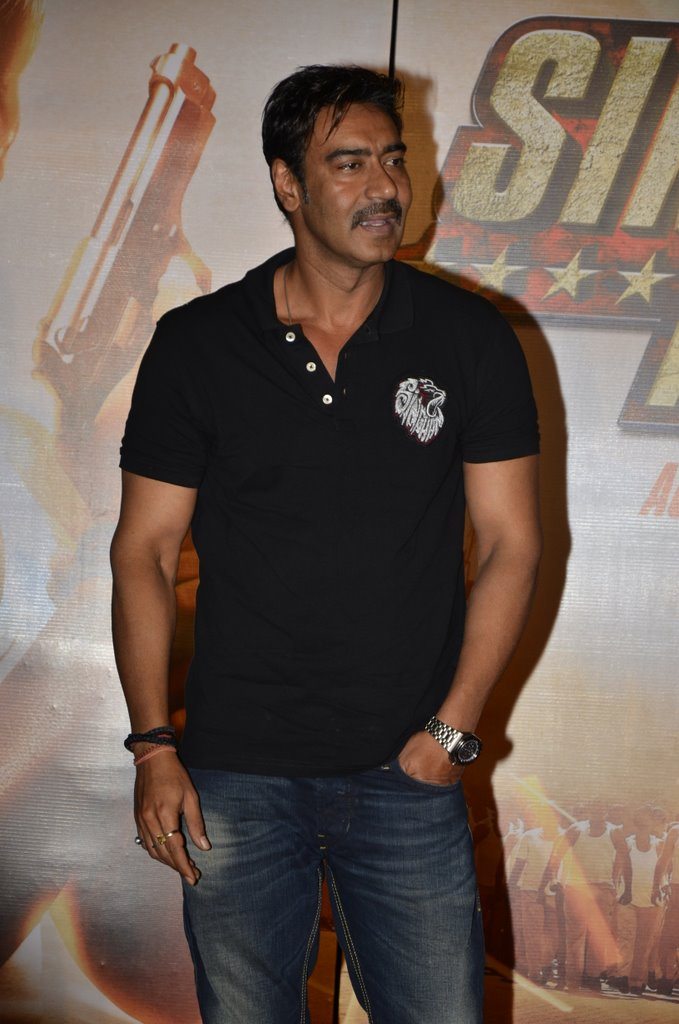 The cast of the upcoming movie ‘Singham Returns’ launched the trailer video of the movie at an event in Mumbai on July 10, 2014. The launch event had Ajay Devgn, Kareena Kapoor and director Rohit Shetty in attendance.

Shetty at the event spoke about the relevance of the film’s release date – 15th August i.e Independence day – and said, “Not just men in uniform, if common people can also be like Bajirao Singham, we can have better Independence Day.”

The trailer of the film promises a complete action packed experience, Ajay Degan armed with his muscle and brawn, and not to forget his punch line – atta maazhi satakli – plays the heroic cop who cannot bear to be dictated by the whims of politicians. Cars flying in the air, one hero tackling a gang of ten men, the film has all the quintessential Rohit Shetty trademarks.