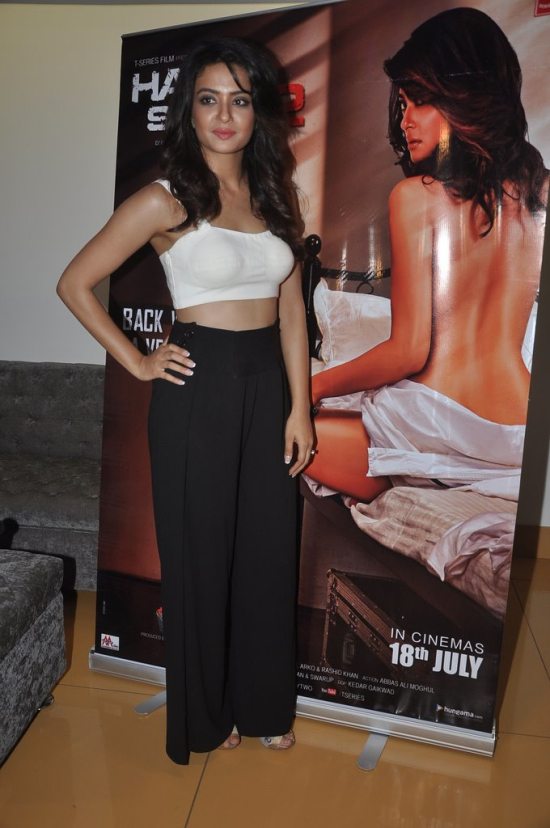 Sonika (Surveen) – who is termed as Mhatre’s ‘rakhail’ – is desperate to free herself from her tormentors and dreams of a better life with eternal love. It is at this juncture that Akshay (Jay Bhanushali) – who is Chawla’s photography classmate – steps in. What follows is an obviously predictable love angle between the two.

Lost in the land of love; they elope, make love and sing away, until the very obvious looming threat of Mhatre (Singh) finding them turns into reality. Akshay (Jay) is murdered and Sonika (Chawla) is buried alive, however, as fate would have it, Surveen survives so that she can avenge her lover’s murder.

What follows is not only a series of predictable events, but a confusingly laid out screenplay. Surveen manages to rise to the occasion in a few scenes, like the one where she stutters in Mhatre’s presence, she sinks into the skin of a tormented and sexually violated character with great skill.

Jay Bhanushali who enters the film after 40 mins of the beginning, doesn’t have much to chew on. His character is skeleton in structure and apart from a few songs, the young lad didn’t have much to do.

It is villain Sushant Singh who manages to steal the show with his sinister performance done to perfection. However, dialogues like; “Baba kehtey they, chinti ke par aur nagin ke sar shuruaat mei hi kuchal dene chahiye,” are just a put-off and make audiences wonder about what exactly were the writers thinking?

The writers also bear the burden of a weak script marred by illogical twists and turns. Alas! Sunny Leone’s ‘Pink Lips’ also couldn’t be the saving grace for ‘Hate Story 2’.

Bollywood Garam doles out 2 out of 5 stars to Hate Story 2, audiences who are keen to watch TV favorites Suveen Chawla and Jay Bhanushali are welcome to make a trip to the cinema halls.