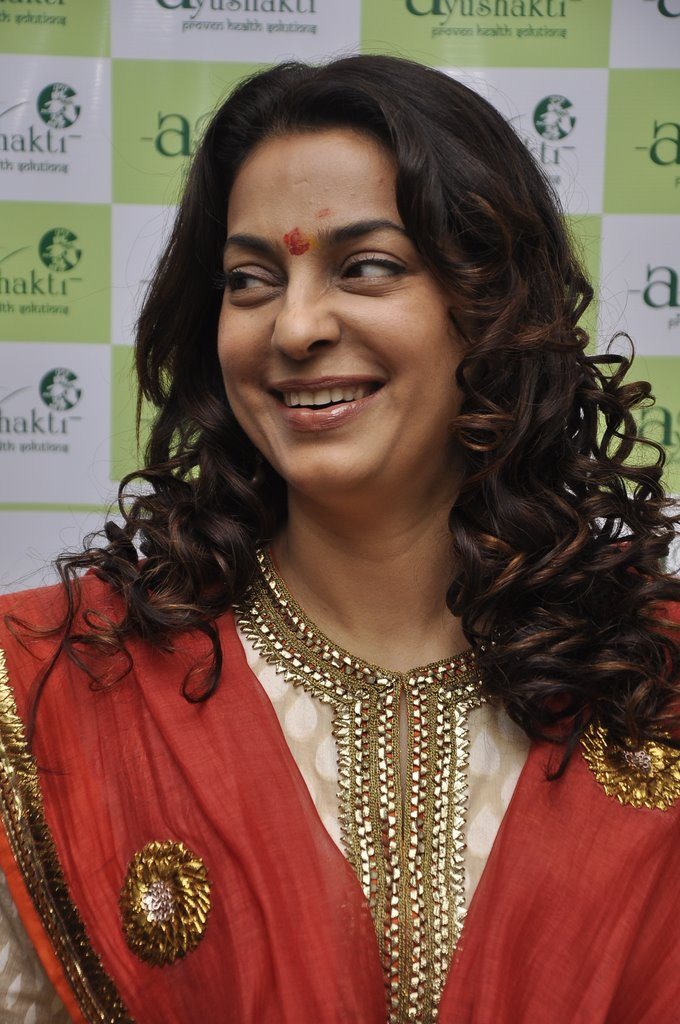 The ‘Gulaab Gang’ actress looked elegant in a red and gold anarkali.

Juhi was last seen in the movie ‘Gulaab Gang’ in which she played the role of a politician Sumitra Devi. The movie also had Madhuri Dixit, who played the lead role alongside Juhi.

Juhi is also working for a Hollywood project ‘The Hundred Foot Journey’ which is currently in its production stage. The movie also stars Om Puri, Manish Dayal and Helen Mirren.