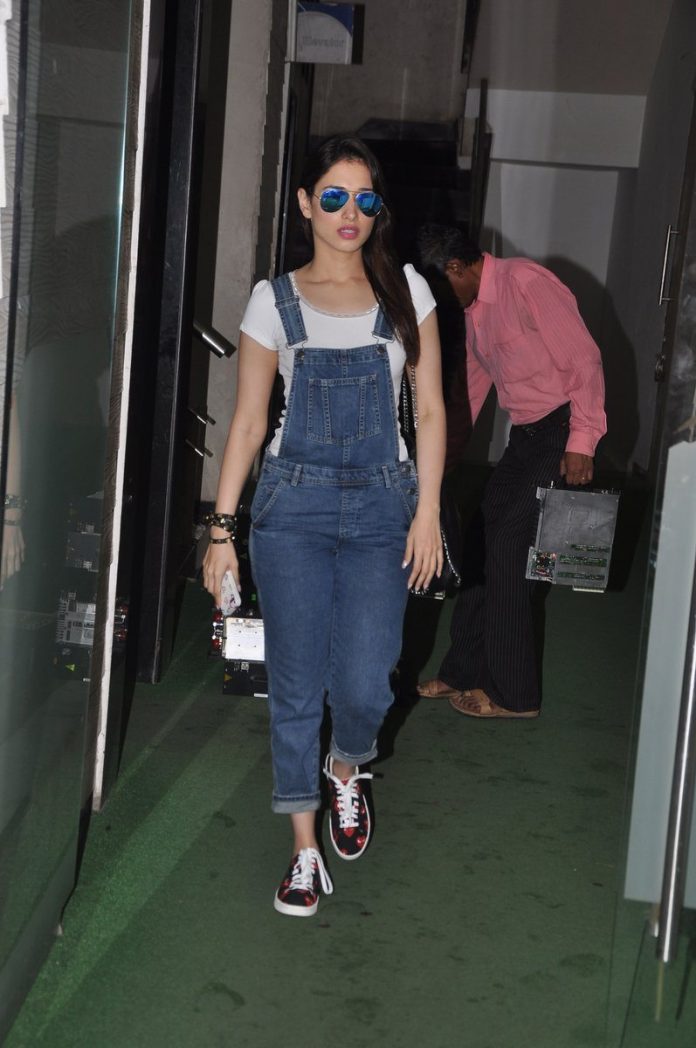 Bollywood starlet Tamannaah Bhatia seems to be making the most of Mumbai’s monsoons. The actress donned a denim dungaree and white top paired with sneakers on July 30, 2014.

Tamannaah was last seen in the movie ‘Humshakals’ and is now preparing for the release of her upcoming movie ‘Entertainment’ opposite actor Akshay Kumar.

Tamannaah is known for sharing a great rapport with director Sajid and was appreciated for being one of the few crew members who did not disown the much ridiculed movie.

The actress entered Bollywood with the movie ‘Himmatwala’ before which she has appeared in various Tamil and Telugu movies.

Apart from ‘Entertainment’ the actress has various south movies in hand which are ready for release.