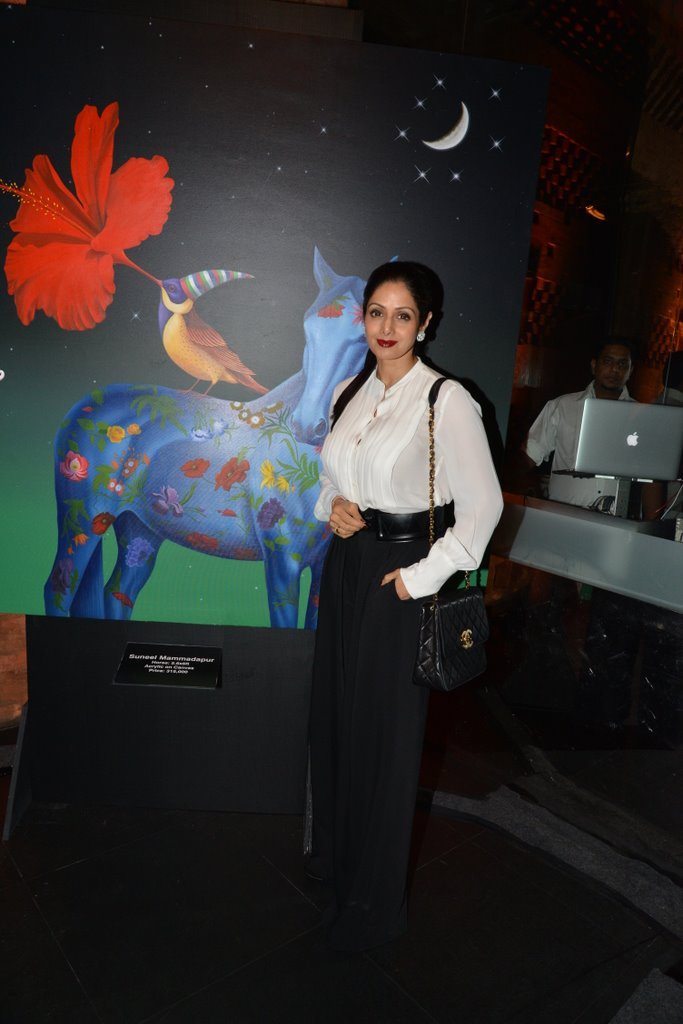 Veteran actress Sridevi looked super trendy as she attended Anushka Rajan’s art exhibition in Delhi on July 31, 2014. The ‘Mr. India’ actress appeared in a black and white outfit, she was accompanied by daughter Jhanvi who also seems to be following her mother’s footsteps as she looked ultra chic in a maroon and black ensemble.

The event was also attended by Bollywood actors Armaan Jain and Kunal Kapoor.

Sridevi married showbiz tycoon Boney Kapoor, following which she took a break from the film industry and returned to the silver screens after 15 years.

Sridevi had made a fabulous come-back in Bollywood with her movie ‘English Vinglish’ and will soon be seen in husband Boney Kapoor’s upcoming movie.

The actress is known for some of her blockbuster movies like ‘Judaai’, ‘Chaalbaaz’, ‘Nagina’, ‘Lamhe’, ‘Khuda Gawah’, ‘Gumrah’, ‘Laadla’, ‘Chandni’ and ‘Tohfa’.