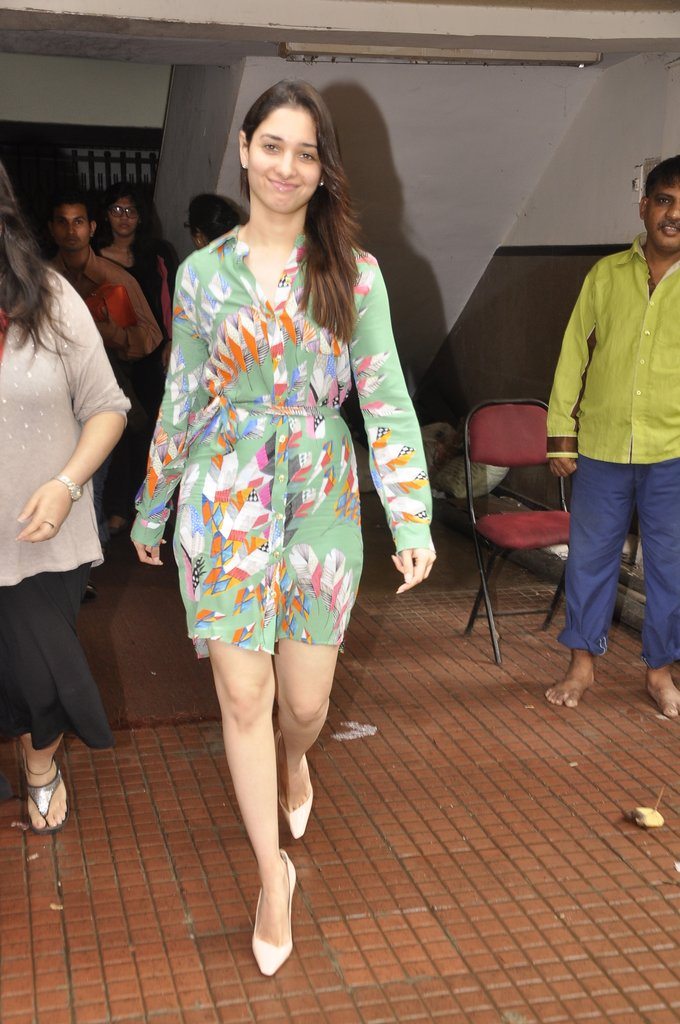 Tamanaah appeared in a slightly non-glam but pretty avatar, while Akshay looked his stylish self in a crisp white shirt and denims.

The sound track is composed by Sachin and Jigar for whom it will be a first time collaboration with superstar Akshay. The movie is all set to hit the theaters on August 8, 2014.