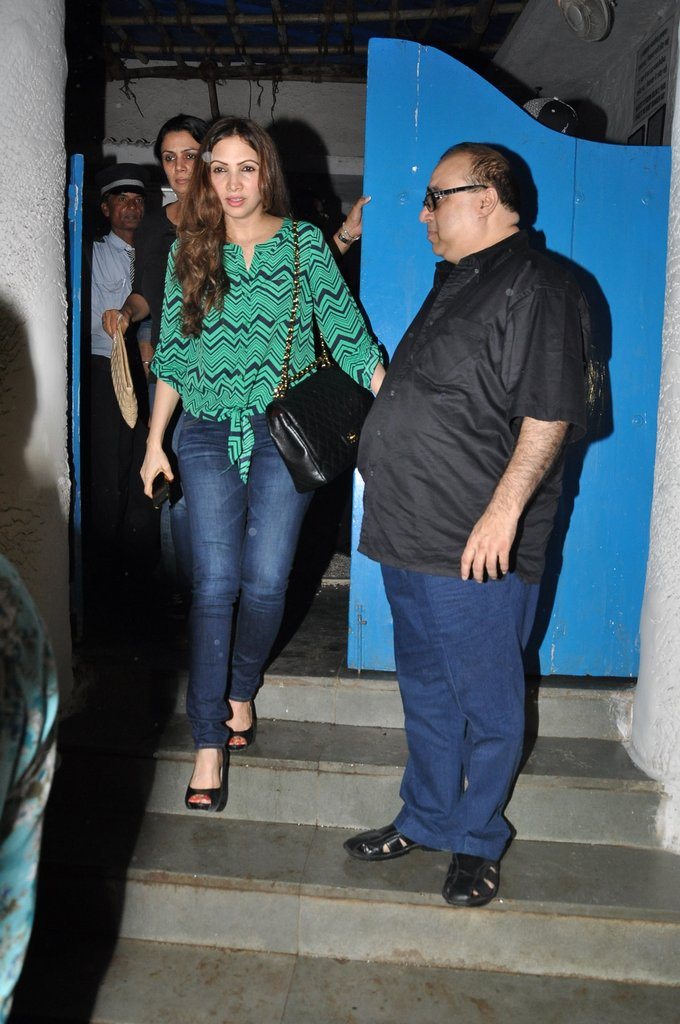 Sridevi patches up with sister Srilatha by attending birthday celebrations.

Veteran Bollywood actress Sridevi attended the birthday celebration of her sister Srilatha along with husband Boney Kapoor and daughter Jhanvi, on August 1, 2014. The party was also attended by other celebrities including Karan Johar, Sanjay Kapoor, Maheep Kapoor and Gauri Khan.

In 2013, there were reports about the sisters involved in a legal battle wherein, Srilatha’s husband had sued Sridevi due to which the ‘English Vinglish’ star had to shell out a fat sum of money.

However, the two seemed to have buried their hatchet in true showbiz style.

Sri Devi was last seen on the silver screen in 2012 with her phenomenal comeback movie – English Vinglish – directed by Gauri Shinde. The film recently went onto collect $420,000 at the Japanese box office.