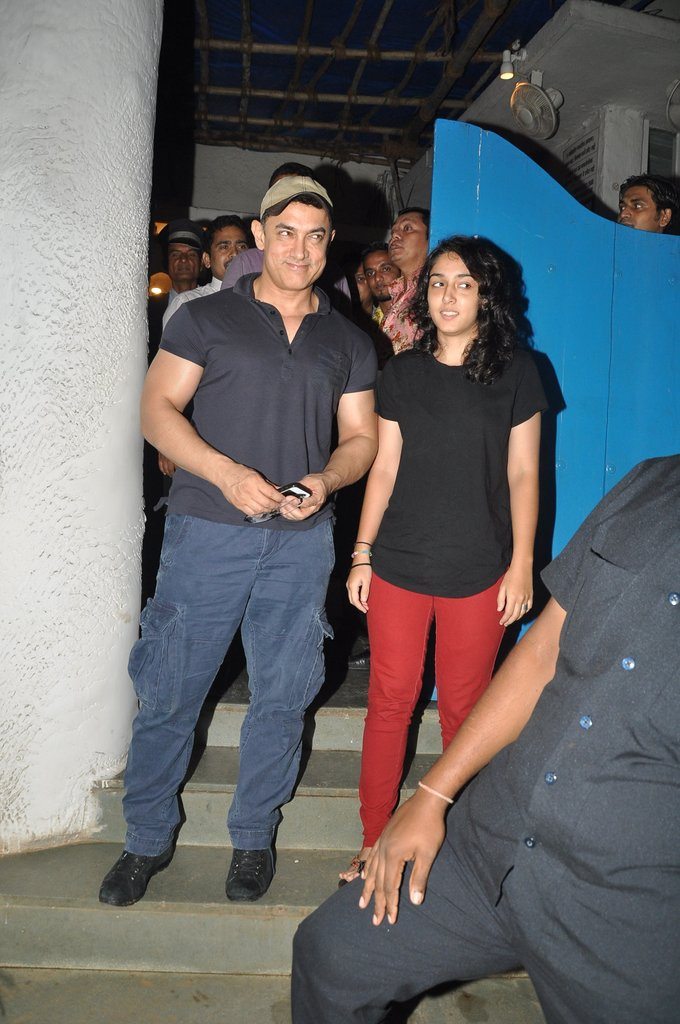 Superstar Aamir Khan was with his daughter Ira Khan at Olive restaurant in Mumbai on August 4, 2014. The father daughter duo looked cool in casuals, Aamir topped off his cargos and t-shirt look with a cap, while daughter Ira looked simple in red and black.

Ira Khan is the daughter of Aamir from his former wife Reena Dutta. Aamir and Reena got divorced in 2002, after which, the ‘Dhoom 3’ star got married to Kiran Rao in 2005.

The actor is now gearing up for his upcoming Raj Kumar Hirani film – P.K (Peekay) – which is all set to release in December 2014. The film’s poster which was unveiled last week has already grabbed a lot of eyeballs, thanks to a bare, chiseled Aamir holding nothing but an old transistor covering his privates on it!

Kiran and Aamir have a son Azad who was born through a surrogate mother in 2011. The actor started his own production company in 2001 – Aamir Khan productions – after which, he released the movie ‘Lagaan’ that proved to be a blockbuster at the box office.