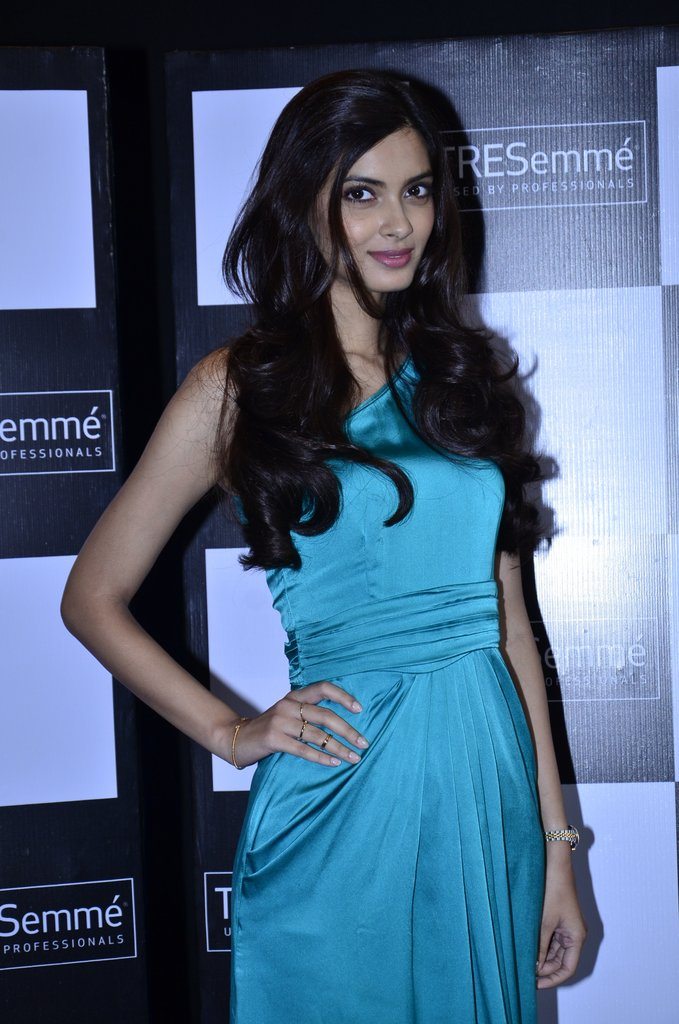 Bollywood starlet Diana Penty – who was seen in the movie ‘Cocktail’ opposite Deepika Padukone and Saif Ali Khan – launched TRESemme’s new line of hair products, at an event held at the Four Seasons in Mumbai on August 8, 2014.

The ‘Cocktail’ actress looked stunning in a satin blue outfit and flowing hair.

Diana had started her career with Elite Models India and made her debut at the Indo-Italian Festival for Italian designers Nicola Trussardi and Gianfranco Ferre. The actress has also walked the ramp for some of the top designers in India like Rohit Bal, Wendell Rodricks and Rina Dhaka.

The movie ‘Cocktail’ marked her debut in Bollywood, the leggy lass’s performance in the movie earned her nominations for the best debut and best supporting actress at various Indian award ceremonies.