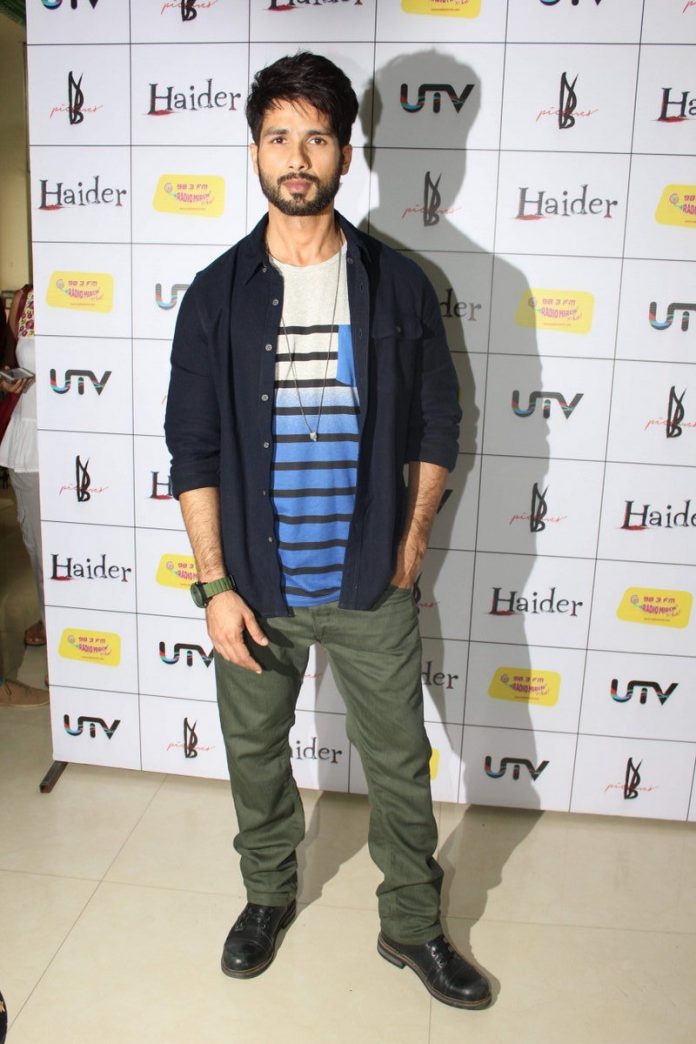 The ‘Haider’ music launch was recently attended by Shraddha Kapoor and Shahid Kapoor.

Actors Shraddha Kapoor and Shahid Kapoor launched the music of their upcoming movie ‘Haider’ at the Radio Mirchi 98.3 FM Studios in Mumbai on August 20, 2014. The movie, directed by Vishal Bhardwaj, is one of the most anticipated releases in 2014.

The original soundtrack and movie score has been composed by Vishal Bhardwaj, while the lyrics have been penned by Gulzar. The physical release of the soundtrack will take place in September 2014.

The makers have managed to develop a string of curiosity among the audience with the help of the posters and trailers released earlier. The trailer of the movie looks promising with some hard core entertainment.

The movie also stars Tabu and Kay Kay Menon. Reports say that ‘Haider’ is an Indian adaptation of Shakespeare’s Hamlet and is set in Kashmir. It will hit the theaters on October 2, 2014.