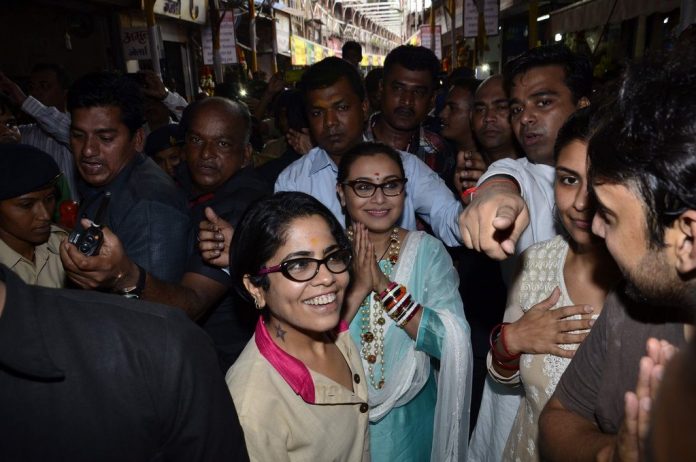 Ganesh Festival is a popular Hindu festival which is celebrated with great enthusiasm throughout the country, especially in Mumbai. Neil Nitin Mukesh while interacting with the media said, “This year all the arrangements have been made by my mother and younger brother since me and my dad were busy because of work.” Nana as usual celebrated the day in his regular traditional way.

Mardaani actress Rani Mukherji visited the popular Lalbaugcha Raja in the city. The actress revealed that she has been observing and celebrating the festival at her bungalow for the past three years.

Rani also added that the festival creates a good vibe at home and that no one is allowed to diet during the Ganpati festival. Newly married Rani – Yashraj Films honcho Aditya Chopra – is enjoying the  success of her movie ‘Mardaani’ which hit the theaters on August 22, 2014.

Rani took on the role of a gritty Senior Crime Branch Officer who taken on child trafficking mafia of the city.