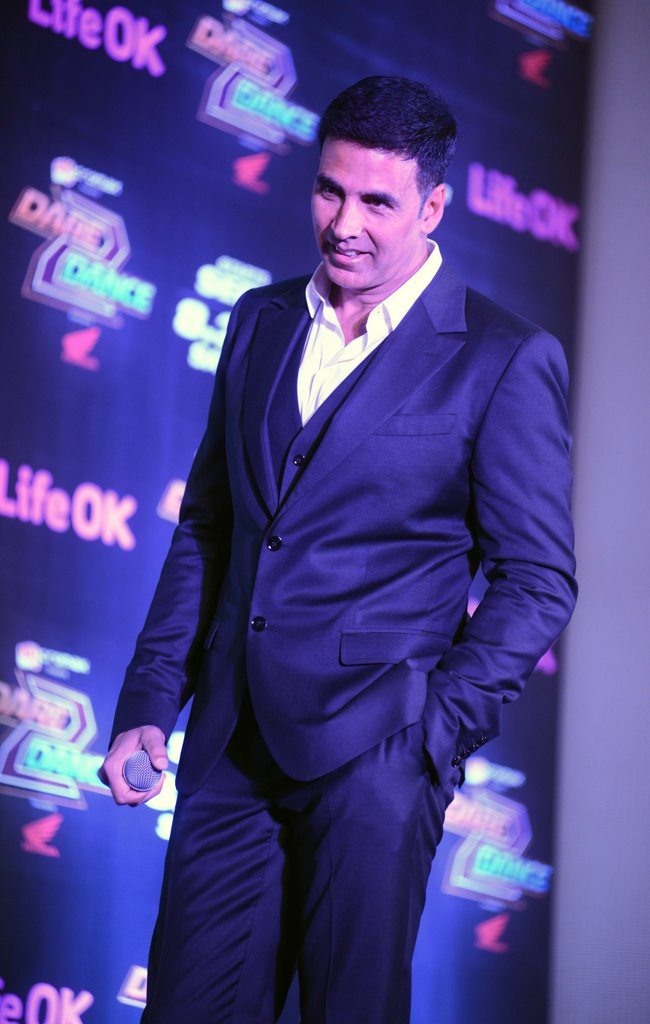 The Khiladi of Bollywood Akshay Kumar hosted a press meet for the TV show ‘Dare 2 Dance’ that was held in New Delhi on September 3, 2014. The ‘Holiday’ actor promoted the show at the press event and interacted with the media.

Akshay will be hosting the show that will be aired on Life OK from Saturday, September 6, 2014. Akki was wearing a classy black suit at the press event.

The ‘Welcome’ actor said, “I didn’t want the stage to be on the floor. I wanted it to be in mid-air, underwater, on ice…I wanted to see how to make this show different.”

The show ‘Dare 2 Dance’ will have contestants who will have to show their dancing skills under critical conditions. Some of the rumoured contestants of the show are Kunwar Amarjeet Singh of ‘Dil Dosti Dance’ fame, Rithvik Dhanjani, Alisha Singh, Mayuresh, Karishma Tanna and Sayantani Ghosh. However, the official list of the contestants is yet to be announced.

The show has been shot in South Africa and reports say that the project is a big budget one. Earlier, Akshay had hosted a similar show ‘Khatron Ke Khiladi’ on Colors, which also had celebrities performing dangerous stunts.