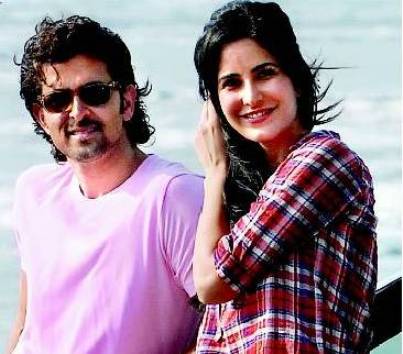 After the success of the movie ‘Zindagi Na Milegi Dobara’, actor Hrithik Roshan is now all set to appear in one of the biggest releases of the year 2012. Hrithik will be seen in the upcoming movie ‘Agneepath’ which is the remake of the classic movie with the same name.

In the movie ZNMD, the actor was noticed for his smooch with actress Katrina Kaif. Reports say that the upcoming movie also has a kissing scene with the actress Priyanka Chopra.

At a press meet of the movie, one of the journalists asked the actor about the alleged kissing scene to which he said that there isn’t any kiss scene in the flick. Roshan even added that if they thought that those were kissing scenes then he would like to demonstrate an actual kiss on stage.

The journalist then sat red faced after which Hrithik added that he will be more than happy to give kissing tips to anyone who needs it. The movie ‘Agneepath’ will be released on January 26, 2012 and is produced by Karan Johar. The makers have already created a curiosity among the audience with the trailers and the item song ‘Chikni Chameli’ featuring Katrina Kaif. The song has been choreographed by Ganesh Acharya and has been sung by Shreya Ghoshal.