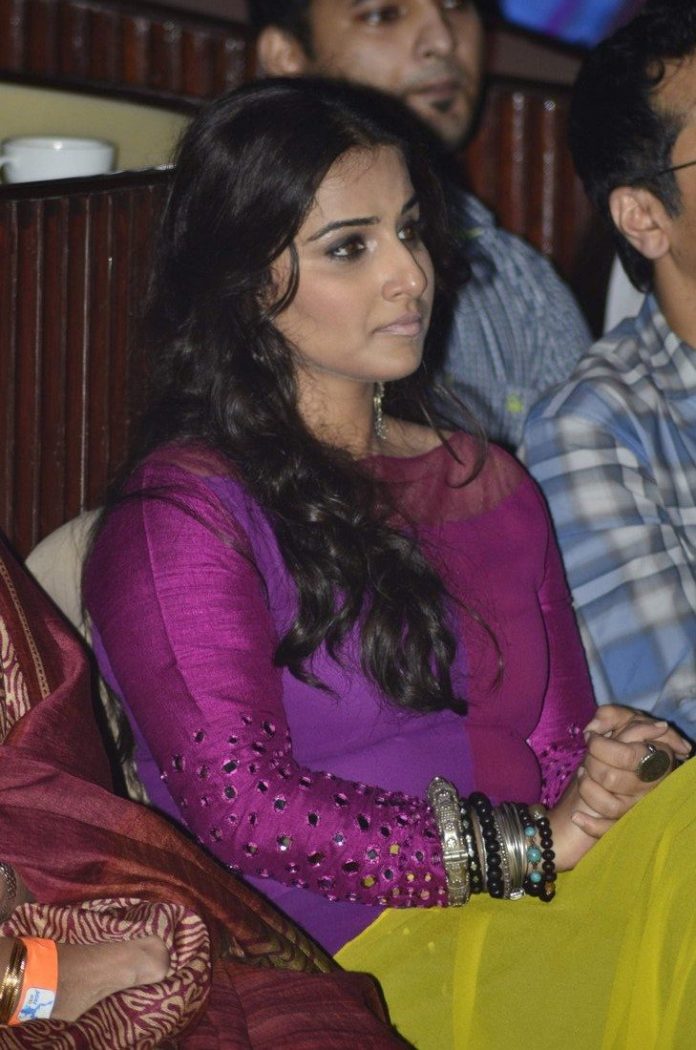 Vidya Balan was the guest of honor at Salaam Bombay’s charity music concert.

Bollywood actress Vidya Balan attended a charity music concert held in Mumbai on September 11, 2014. The concert was organized by the Salaam Bombay Foundation.

Vidya wore a pink and mustard outfit from Manish Malhotra’s diffusion collection. The ‘Bobby Jasoos’ actress sported a messy hair look with chunky jewellery and minimum make up. The group ‘We’ performed at the charity music concert.

Vidya is all set to feature in Mohit Suri’s ‘Humari Adhuri Kahaani’, which also features Emraan Hashmi. She is preparing for her role in the movie and is losing weight to get into character. The movie is produced by Mahesh Bhatt also features Rajkummar Rao.

The actress was appreciated for her role in the movie ‘Shaadi Ke Side Effects’ opposite Farhan Akhtar. The movie showed the life of a husband and wife and how things change between the couple with time.

In recent times, Vidya has been involved in several charity events. During Janmashtami, the actress came forward and donated a lump sum amount for a hospital in Mumbai. Vidya got married to UTV chief Sidharth Roy Kapur in a private ceremony in Bandra in Mumbai on December 14, 2012.