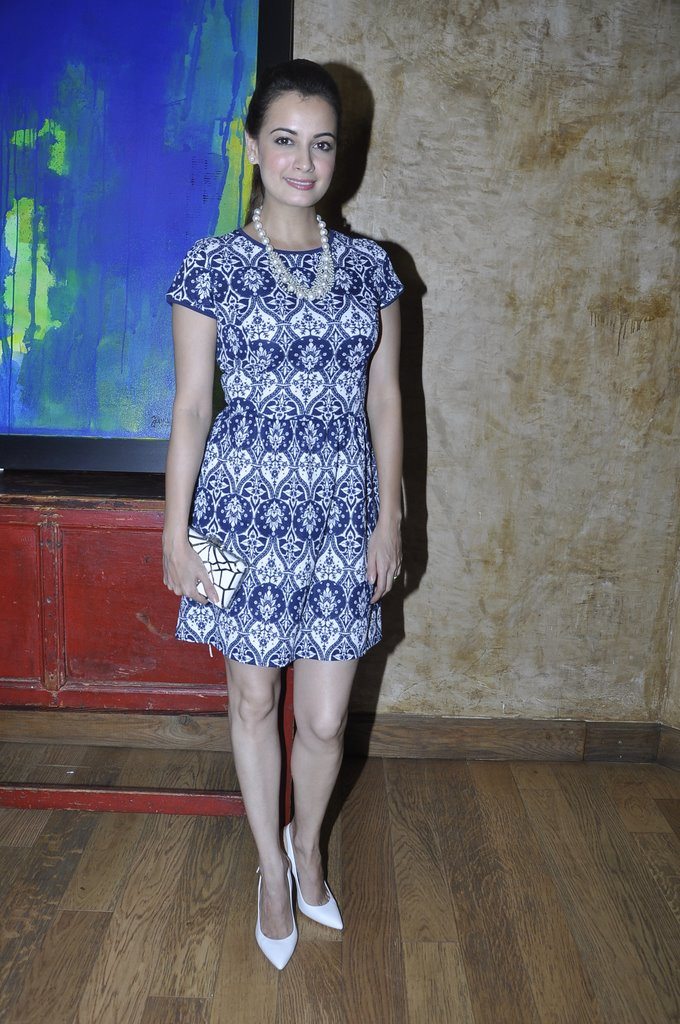 Dia interacted with the media saying, “Jaya’s paintings have been exhibit here today, and she has made a lot of beautiful paintings. She is a friend and I know her really well. I find her work incredible. I also paint a bit so I know it takes a lot of hard work.”

The actress made her debut in Bollywood with the movie ‘Rehna Hai Tere Dil Mein’ opposite R Madhavan. Dia is engaged to businessman Sahil Sangha and the two are going to get married in October 2014. The couple also co-own a the production house Born Free Entertainment.