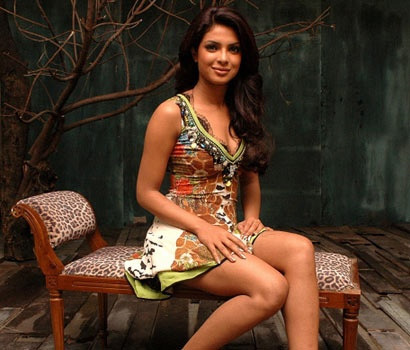 Bollywood actress Priyanka Chopra has now been approached by the makers of ‘Race 2’ after Deepika Padukone left the project. Padukone recently left the project after shooting for four days which has left the producer Ramesh Taurani in crisis.

Taurani is now desperately finding a replacement for Padukone and has approached Priyanka for the role. The producer is more interested in casting Chopra for the role as she was earlier approached before Padukone was.

At that time Priyanka had even liked the script and was also interested, but by the time Chopra gave her nod Deepika was already finalized by the makers. Now since Taurani does not have time to waste he is aware that the narration time will be saved as Priyanka is well aware of the movie.

Sources from the production unit say that it would be nice if Priyanka accepts the offer as no time will be wasted in story narration and other things. At present the actress is shooting in Hyderabad for the movie ‘Krrish 3’. Chopra will be meeting Taurani as soon as she returns from shoot. Deepika left the project citing date problems as she was irritated by the constant changes made by the makers so as to adjust the other cast.