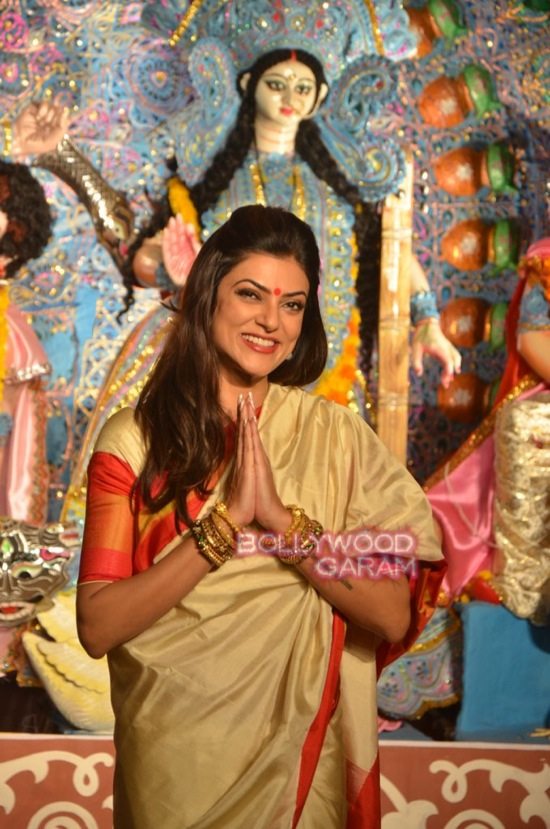 Former Miss Universe Sushmita Sen offered prayers on the occasion of Durga Puja in Khar, Mumbai on September 30, 2014. Sen looked pretty in a traditional golden and red sari, which is usually worn by Bengali women during the occasion. The actress completed her look with a red bindi and bangles.

Lately, Sushmita has been away from Bollywood and is devoting her time to do some social work. The actress also played a successful supermodel in the movie ‘Dulha Mil Gaya’, which did not do that well at the box office.

Reports say that the actress has signed a movie which will be a biopic of the former Prime Minister of Pakistan, Benazir Bhutto, who was assassinated in 2009.