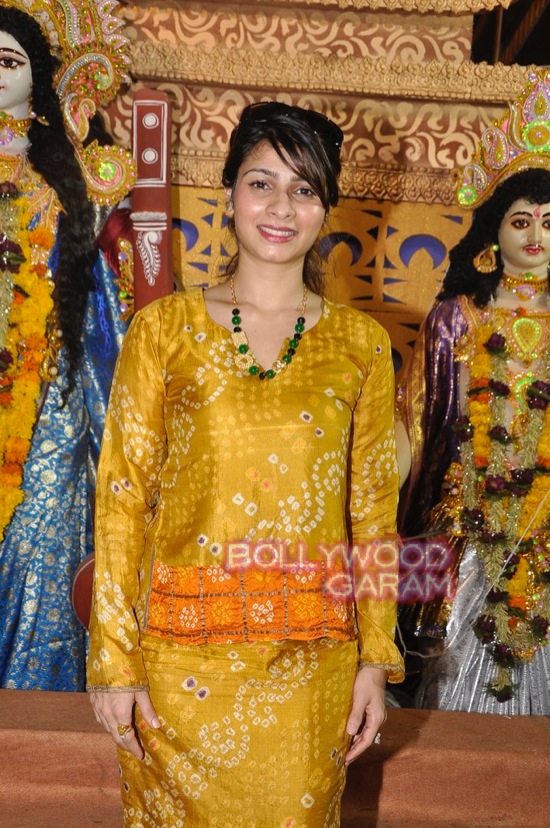 Bollywood actresses, Tanishaa Mukerji, along with sister Kajol and mother Tanuja, attended the North Bombay Sarbojanik Durga Puja held in Mumbai on October 2, 2014. The Mukerjis have been regular for the Durga Puja event, but this year Kajol arrived without her children Nysa and Yug.

In recent times, Kajol hass been away from Bollywood, taking care of her two children.