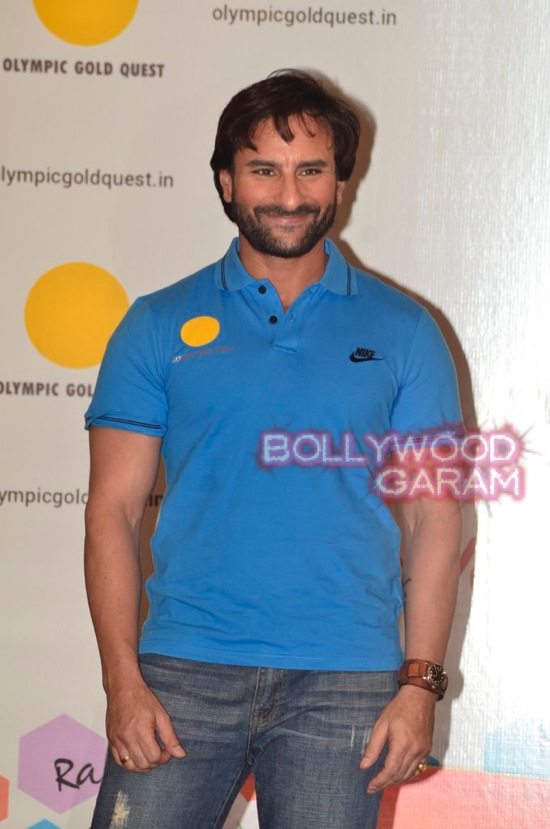 Bollywood actor Saif Ali Khan has been announced as the brand ambassador of the Olympic Gold Quest in Mumbai on October 6, 2014. The ‘Humshakals’ actor also felicitated the winners of the Asian Games 2014 at the event.

In a statement given to the media, Saif said, “I am thrilled to be the brand ambassador of OGQ as I love all sports. OGQ has been doing wonderful work to help Indian athletes in their quest for Olympic glory.”

The actor looked great in a casual polo t-shirt and jeans. The event was also attended by actress Deepika Padukone’s father Prakash Padukone, who is a badminton champion. Saif Ali Khan is currently shooting for the upcoming movie ‘Happy Ending’.