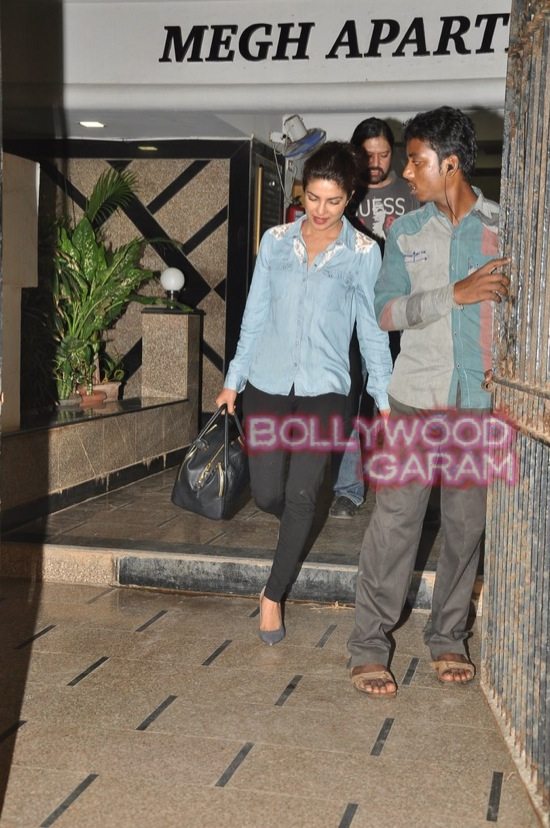 Bollywood actress Priyanka Chopra was photographed at cinematographer Sameer Arya’s bash held at Juhu in Mumbai on October 7, 2014. The ‘Barfi’ actress was wearing a sky blue shirt and black denims.

Piggy chops is currently enjoying the success of her recently released flick ‘Mary Kom’, which is a biopic of 5-time world champion Mary Kom. Chopra played the lead role and her work as an iconic boxer was appreciated by the audience. The movie did well at the box office and also managed to go tax free in a few states in India.

The actress has recently completed Zoya Akhtar’s ‘Dil Dhadakne Do’ opposite Farhan Akhtar.