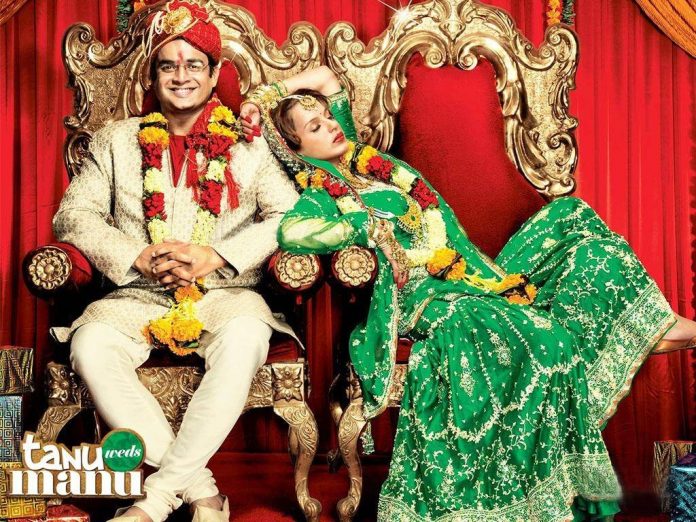 The much awaited sequel, Tanu Weds Manu Season 2, will be out next year.

Released in 2001, Bollywood movie ‘Tanu Weds Manu’ proved to be a blockbuster hit due to an interesting cast and some foot-tapping music. The makers of the movie are now planning to make a sequel of the R Madhavan and Kangana Ranaut movie.

The movie will begin from where the earlier movie ended. Interestingly, the star cast will remain the same with Kangana, Madhavan and Jimmy Shergill in lead roles. Kangana will reportedly carry the same look for the sequel in salwar and kameez, while Maddy will sport long hair, thick beard and a rugged look.

There are also reports that the ‘Revolver Rani’ actress will be seen in a double role. The story has Kangana and Maddy married and will revolve around the marital problems they face. The makers have already started shooting in Lucknow. The south actor even posted a picture from the shoot sets and gave a caption ‘On the sets of Tanu Weds Manu Season 2’.

The movie is expected to hit the theaters on March 2, 2015. Kangana in recent times is enjoying the success of the movie ‘Queen’ and it will be interesting to see her once again playing the role of a small town girl.