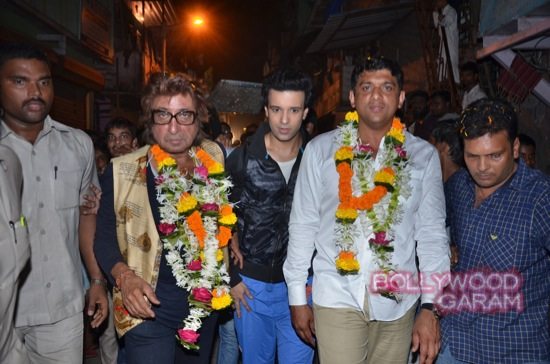 Bollywood actor Shakti Kapoor and Aamir Ali Malik campaigned for Malad West candidate Aslam Sheikh from Mumbai, for the upcoming assembly elections on October 11, 2014. A meeting was held at Malad with Shakti Kapoor, Qamar Jahan and Siraj Sheikh along with party holders and Congress volunteers.

In the past, Kapoor has rallied with Aslam Sheikh in his province to announce his development plans for the slum areas of Malwani.