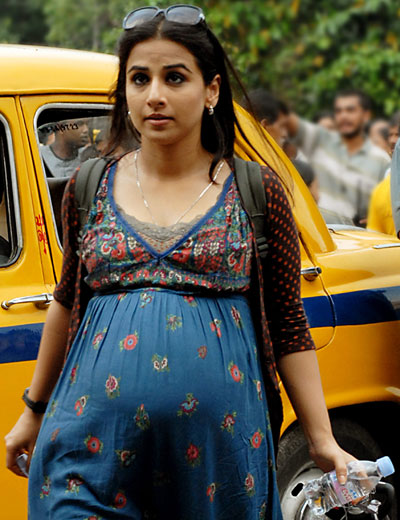 Bollywood actress Vidya Balan after playing many female centric roles in the movies like ‘Ishquiya’, ‘No One Killed Jessica’ and ‘The Dirty Picture’ has now once again proved that she is just enough to make a movie successful. The movie ‘Kahaani’ which released on March 9, 2012 got a great opening and has been well appreciated by the audience as well as the critics.

On the opening day, the movie received a collection of Rs 2.5 crores which is phenomenal. Director Sujoy Ghosh had made the movie with just a budget of Rs 8 crores and on Saturday the movie collected Rs 4.5 crores.

Popular film critic Taran Adarsh said that the film can survive for another one week. Vidya, in the movie plays the role of a software programmer, who comes to Kolkata from London in search of her husband, who is also the father of her unborn child.

Gautam Dutta, the COO of PVR cinemas said that the film has superseded their expectations. Dutta said that the response they are getting is phenomenal and there are families coming together to watch the movie. One again Balan has proved with her skills and talent that she is also capable of keeping the box office busy for a movie no matter what the subject is.