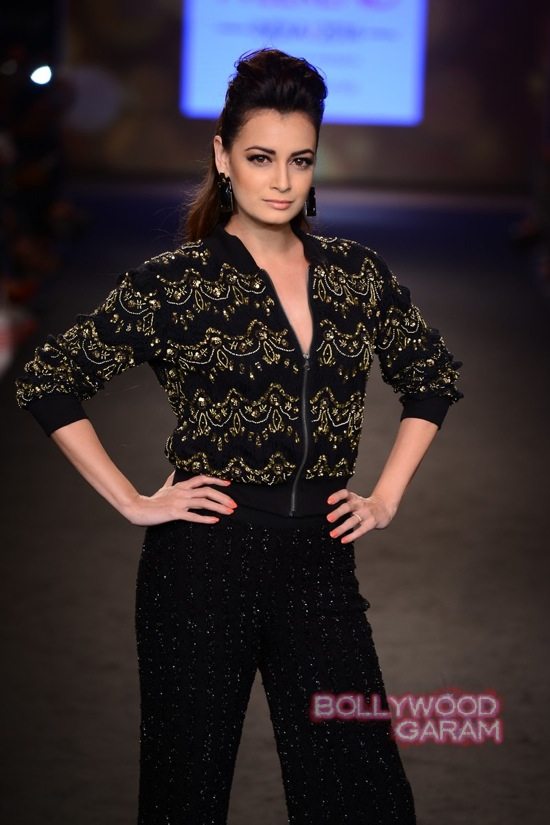 Bollywood actress Dia Mirza missed to cast her vote for the Maharashtra Elections on October 15, 2014. The actress was reportedly busy preparing for her upcoming wedding with long time beau Sahil Sangha.

Dia posted on Twitter, “For the first time, will be missing out on my opportunity to vote in Mumbai… If not for my wedding I’d never miss out on this”. Meanwhile many of the Bollywood celebrities posted their selfies after they casted their vote. Some of the close friends of the actress said that the wedding will be a close affair with only a few family members and friends.

More reports reveal that Sahil and Dia will get married according to the Arya Samaaj rituals. On the other hand Dia is also planning for her upcoming movie, but will take time off for her honeymoon. The couple has not commented on what her honeymoon destination will be. Dia was crowne ‘Miss Asia Pacific International’ in 2000 and made her Bollywood debut in the movie ‘Rehna Hai Tere Dil Mein’, opposite R. Madhavan.

The actress also has a production company called ‘Born Free Entertainment’ with partner Sahil Sangha. The banner had produced its first movie ‘Love Breakups Zindagi’. The most recent venture of the production company was  ‘Bobby Jasoos’, which featured Vidya Balan.