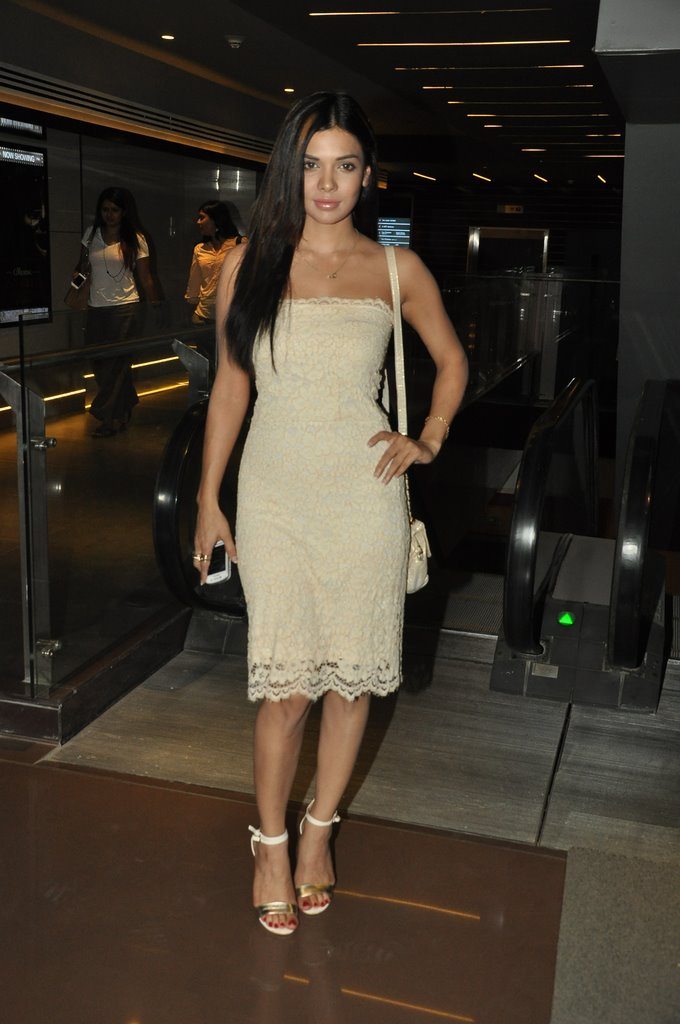 The sizzling Sara Loren was seen at Cinemax in Mumbai.

Pakistani actress and model Sara Loren was sighted hanging out at Cinemax in Mumbai on October 15, 2014. The actress, who made her Bollywood debut with Pooja Bhatt’s 2010 movie ‘Kajraare’, looked gorgeous in an off-white lace dress, paired with gold and white heels.

After working with Himesh Reshammiya and Amrita Singh, Sara was also seen in the movie ‘Murder 3’ in which she worked opposite Randeep Hooda and Aditi Rao Hydari. Apart from Hindi movies, the actress has also worked in Urdu movies.

In 2012, Sara was named the 15th most beautiful woman in Pakistan. The actress also featured on the cover of FHM magazine in 2013. In 2014, she starred in Pakistani director Yasir Nawaz‘s ‘Anjuman’, playing the role of a classical courtesan. Her performance in the movie fetched her critical acclaim, leading her to win the ‘Best Actress in a Leading Role’ at the Tarang Housefull Awards in Pakistan.