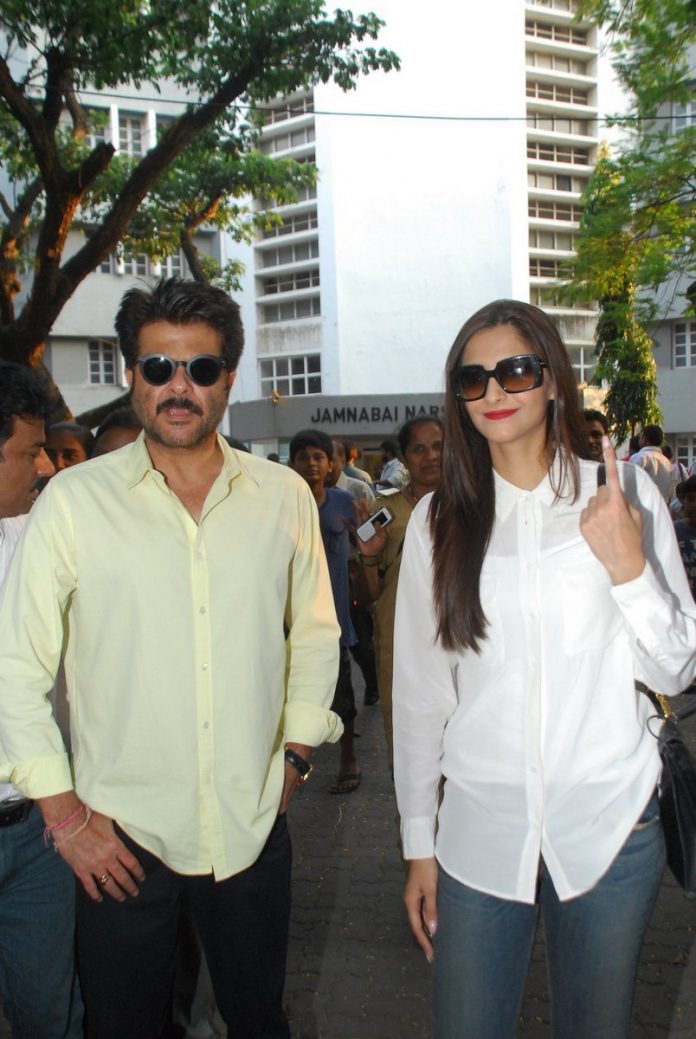 Maharashtra Elections 2014 saw many Bollywood celebs making their way to polling booths across the state.

Celebrities from Bollywood flocked to polling booths to vote for the Maharashtra Elections on October 15, 2014. Many took to their Twitter accounts and posted selfies with their inked fingers.

Actress Dia Mirza this time could not vote for the assembly elections as she was busy with the preparations of her upcoming wedding with Sahil Sangha.

Some of the celebrities were also seen campaigning for the elections for different parties. Actress Priyanka Chopra was accompanied by mother Madhu Chopra and brother Siddharth Chopra.

On the other hand, Ranbir Kapoor along with father Rishi Kapoor cast their votes. Ranbir interacted with the media , showing off his inked finger. The actor is currently gearing up for the release of his movie ‘Jagga Jasoos’.

Exclusive BollywoodGaram.com video of the stars casting their votes in Mumbai, India.