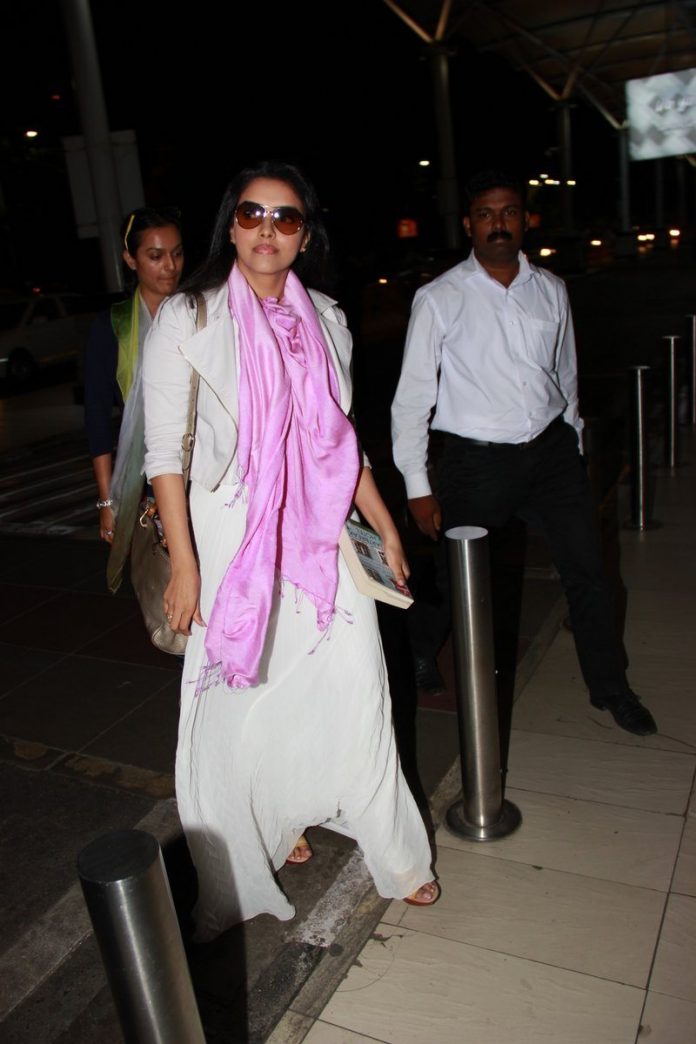 Elegant in white, Asin’s airport style gets a thumbs up!

Shutterbugs caught up with Bollywood actress Asin at the Mumbai International Airport on October 16, 2014. The ‘Ghajini’ actress sported a white maxi dress and a pink scarf to match with it.

Asin is all set for her upcoming movie ‘All Is Well’ opposite Abhishek Bachchan. The actress made her Bollywood debut with the movie ‘Ghajini’ opposite actor Aamir Khan.

Before entering Bollywood, the young beauty worked in several Tamil, Telugu and Malayalam movies. The actress was last seen in the movie ‘Khiladi 786’ opposite Akshay Kumar.

The movie ‘All Is Well’ has been directed by Umesh Shukla and is expected to be released in 2015.