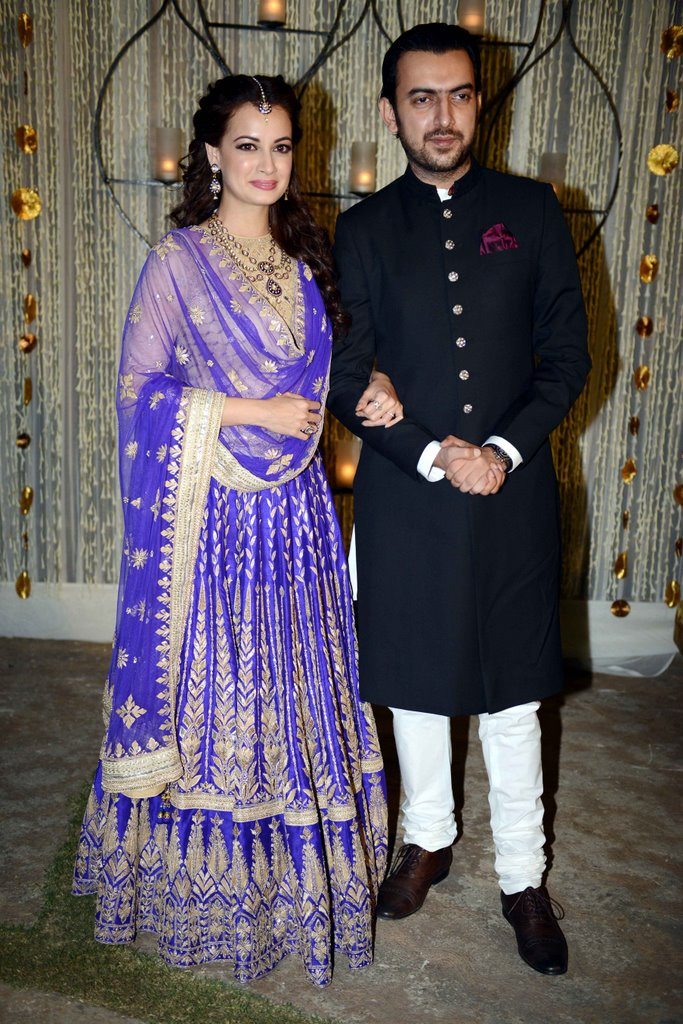 Bollywood actress Dia Mirza makes for a gorgeous bride, the young lass looked stunning on her engagement day as she posed for the shutterbugs arm-in-arm with fiancé Sahil Sangha.

Dia has kept her fans updated about the wedding festivities via Twitter, the former beauty queen even posted pictures of her Mehendi ceremony which took place on October 16, 2014.

For the mehendi celebrations, the actress wore an turmeric yellow anarkali by Ritu Kumar, while Sahil wore a red bandhgala outfit. Sahil and Dia have been together for four years now, the duo had a fairy tale wedding proposal story – beau Sahil proposed to his lady love right in the middle of Brooklyn Bridge, New York.

Sahil and Dia had postponed their wedding date twice before owing to several personal reasons, but the happy couple now seemed to have finally gotten down to tying the knot.

The two own a production house ‘Born Free Entertainment’ which recently produced the Vidya Balan starrer ‘Bobby Jasoos’. The film did a more than decent business at the box office and Vidya was obviously the highlight of the film.