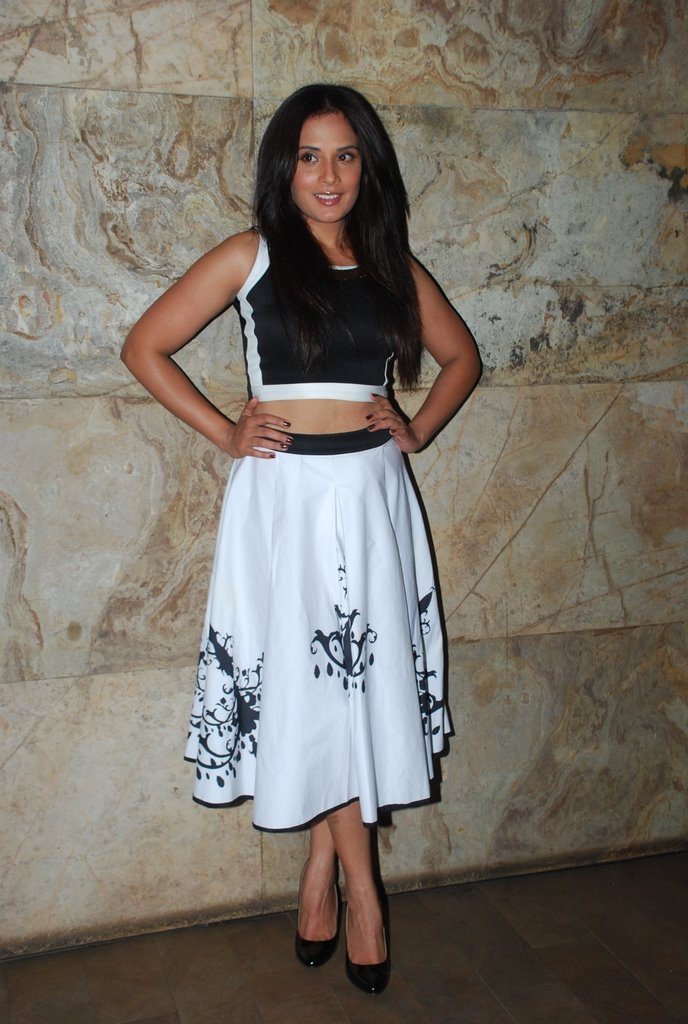 Indian actress Richa Chadda, Ali Fazal, singer Sonu Nigam attended the screening of the Bollywood movie ‘Fury’ held in Mumbai on October 18, 2014. Richa for the screening was seen in a printed white skirt with matching black top while Ali appeared in a casual shirt and jeans.

Chadda interacted with the media and expressed, “Hollywood has a big budget to make films, and have more control over quality. Here, when we make a commercial film, we ignore a lot of things and just want to make money. I hope a day will come when films will earn money and their quality would be good too.”

Richa was recently seen in the movie ‘Tamanchey’ and is preparing for her upcoming movie ‘Ishqeria’.