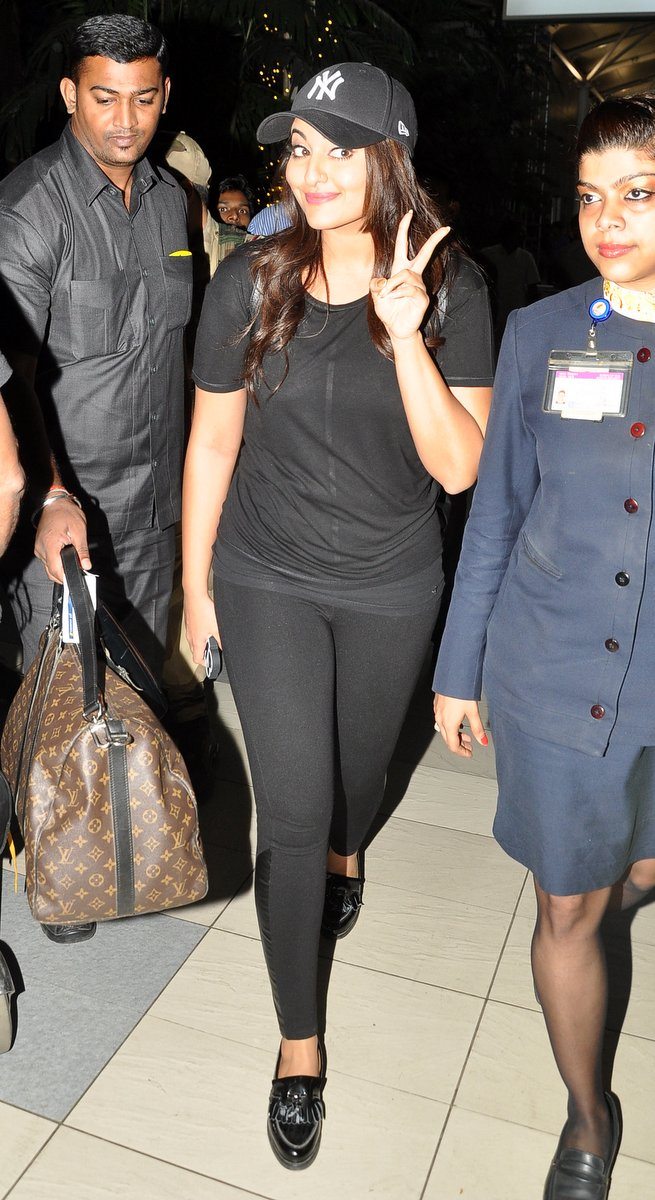 Bollywood actress Sonakshi Sinha was photographed at the Mumbai’s domestic airport on October 20, 2014. The ‘Dabangg’ actress was wearing black, right from her New York Yankees cap to her t-shirt and jeans.

The diva was last seen in the movie ‘Holiday’, opposite Akshay Kumar and is currently working for her upcoming movie ‘Action Jackson’. The movie is being directed by dance guru Prabhu Deva and Sonakshi will be playing the female lead opposite Ajay Devgn.

‘Action Jackson’ will also star Yami Gautam, Kunaal Roy Kapur and Manasvi Mamgai. The movie is all set to hit the theatres on December 5, 2014.