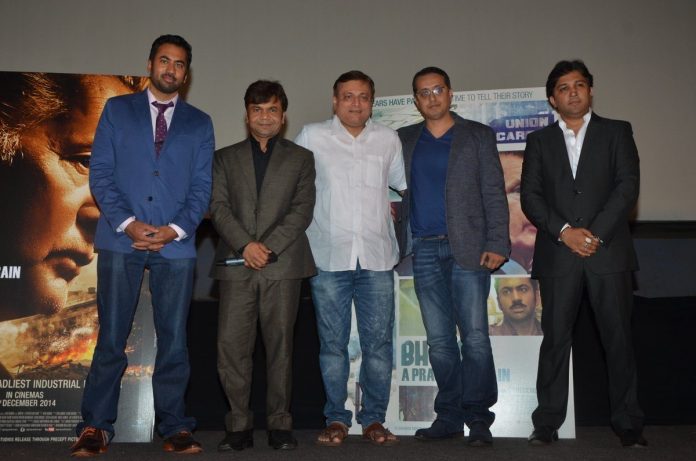 Indian-American actor Kal Penn and Rajpal Yadav attended the ‘Bhopal: A Prayer for Rain’ press meet held by Sahara Movie Studios on October 20, 2014 to release the film’s trailer. The movie is based on the infamous Bhopal gas tragedy, one of the largest man-made disasters, which killed more than 10,000 people in 1984.

A fictionalized account of the occurrences at the Union Carbide plant before the disaster, the Ravi Kumar-directed film will see Penn playing the role of a Bhopal-based tabloid journalist. The story has been narrated as per Rajpal Yadav’s character Dilip’s perspective, who is a rickshaw driver in Bhopal and finds a job at the Union Carbide plant, where he remains quiet about the ignorance of plant managers regarding safety  standards.

The movie has been screened  in New York, where it has received a good response, as not many people were aware of this incident. It also features Hollywood actors Mischa Barton and Martin Sheen, as well as Tannishtha Chatterjee, who is best known for British film ‘Brick Lane’. ‘Bhopal: A Prayer for Rain’ will see an Indian release on December 5, 2014.